In Treatment of Animals When Do We Go Too Far? 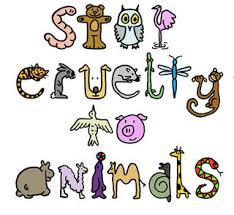 News coverage of the cruel treatment of animals in factory farming is increasing, and a Catholic Times' columnist made it  the subject of  her weekly column. She saw a TV documentary recently and was deeply disturbed. It showed chickens on a conveyor belt being electrically shocked into a state of a convulsion, killed and packaged for market. Seeing what was involved in getting the chickens ready for market, she was haunted by the images she had seen.

Another issue covered by the documentary was the fur industry and the wholesale killing of animals for their skin and hair. She understands why women would want to be seen wearing such elegant accessories as fur coats and hats. But she believes this is not a good reason to justify killing animals to strip them of their fur when so many other materials can do the job, though most likely not so elegantly.

Though fur is usually an item of clothing for women, most of us have at least one item of clothing lined with duck or goose feathers.  How many animals have to be killed, she wonders, to satisfy our desire for unusual and stylish clothes. She doesn't want us to become entangled in questions of right or wrong but merely to think of what is involved when we desire and buy these articles of clothing.


We are faced with the fact that we have to live together with animal and plant life.We must also face the fact that economic development and the management of wealth often depend on utilizing nature to achieve these goals.  On which side do we find ourselves? In answering the question, it would be well to keep in mind, she says,  that we have been given the command to rule over creation, God  saw all of it as good,and it was given to us as a gift.

Our columnist, being a poet, has treated the subject delicately, knowing that it is a controversial issue and will continue to be for years to come. The Church has principles that should guide us in  seeing the issue with  balance. Pope Benedict, before he became Pope, expressed his opinion in these words: "Certainly, there has been an industrial use of creatures, so that geese are fed in such a way as to produce as large a liver as possible; hens live so packed together they become just caricatures of birds. This degrading of living creatures to a commodity seems to me to contradict, in fact, the relationship of mutuality that comes across in the Bible."

The Catechism of the Catholic Church  says, "The seventh commandment enjoins respect for the integrity of creation. Animals, like plants and inanimate beings, are by nature destined for the common good of past, present, and future humanity." The Catechism spells out clearly what is expected from Catholics dealing with creation. The problem comes when an effort is made by some to place the rights of animals on a par with the rights of  humans.  This extreme position the Church cannot accept. Cruelty to animals, or for that matter, to anyone is of course not accepted by the Church. However, what some consider cruel treatment in preparing animals for market in the factory farm system would very likely be considered a necessary unpleasantness by others. Each of us must come to our own conclusions on the matter.
Posted by Catholic American Eyes in Korea at 12:05 AM