Taxi an Ideal Place to Evangelize 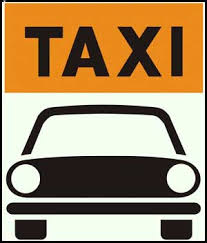 "A taxi is the ideal place to evangelize" is the headline of a Peace Weekly article, which portrays the life of a taxi driver who uses his taxi to inform his riders of Catholicism. Some of them find his talk disturbing, but the talkative driver usually gets their willing attention by the earnestness of his words. His passengers may be a worker returning  home who he engages  in talk about the difficulties of the workplace, talking to a mother about raising children, or a young man taking his girl friend home, about romance.

Peter, the taxi driver, after the usual conversational exchanges, will talk of his own confession of faith and the change it has made in his life; he then hands them a pamphlet on Catholicism.

The response of the customers is mostly favorable. When he does receive a negative response, he tries to come to a consensus by speaking honestly. In the back seat, very conspicuously displayed, are books and pamphlets, which are the tools of his evangelizing.  Seeing the literature, some of his customers will initiate the conversation, often saying they were interested in learning more about the Church. He thinks that about one out of ten customers are fallen-away Catholics. .

Peter is the head of the evangelization committee of the Catholic Federation of Taxi  Drivers and has been doing his taxi-evangelization for the last six years. Fervently committed to helping those with life problems, he is now taking a course on counseling.

Every day he prays that he will say the words that God gives him as  he begins his work. Speaking about God to people he has never seen is not an easy task but he feels that the Holy Spirit is with him as he speaks to those who ride in his taxi.

Something about Korean culture--perhaps its being less secularized and more in tune with the unseen world--enables one to be less self-conscious when speaking about God.  At times, Peter's approach does have a counter effect, repelling rather than attracting some of his customers, but with charm and sincerity that is clearly not feigned, he attracts and disarms many, some of whom become members of the Church.