Accidents and the Culture of Life 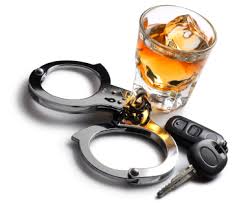 The statistics show that in Korea deaths from traffic accidents are one of the highest in the OECD (Organization for Economic Co-operation and Development) with twice the number of deaths than the average. A professor at the Suwon seminary writing in the Catholic Times says this is a sign of callous indifference to traffic safety.

One  of the reasons for traffic accidents is driving while intoxicated. All  know it should not be done. It is accepted as a basic principle of morality that we are to do good and avoid evil. If one drives while intoxicated and foresees the possibility of something going wrong, he then is morally responsible for the results.

This holds true for the owner of a factory who out of carelessness pollutes the surrounding rivers; owners of coal mines who don't show care for the safety of miners, and the makers of medicines who are not attentive to the adverse reaction of their products. When the results of these actions are evil, we must try to avoid the action itself.

These questions are easily answered, he says, by the application of the principle of the double effect  If the intended good is greater than the possible evil that may occur, and does not directly follow from the good, we are acting morally.

When driving after drinking even though we do not have an accident the possibility for an accident was there, and we have done  something we shouldn't  have done. If there is an accident the principle of the double effect is not applicable  because the act of driving intoxicated is an evil act.

The professor no doubt knows of cases where the principle of double effect was used by those driving drunk. In recent memory this principle was even used by many commentators as an explanation for what the Pope said on condoms in the book Light of the World. The clarification from the Vatican makes clear that the Pope was not using the double effect principle. To understand another  person is no easy task, especially when you are not sympathetic to the person speaking and his ideas.
Posted by Catholic American Eyes in Korea at 12:05 AM No comments: