Problems With Making a Musical in Korea 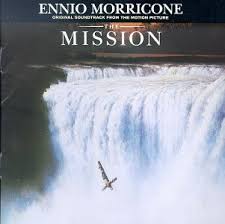 It was  written up in the Catholic papers, Catholics were invited and given discounted tickets, and after much fanfare and expectations, the musical, " Mission," when it  premiered in Korea, flopped, an extremely disappointing result because of the success attained by the movie version. The musical was produced in Italy and financed by Korean money, but something went wrong; the Korean company in charge of the production here will offer free tickets--tickets reissued for the first time because of complaints--to those who saw the musical during its premiere week and would like to see a revamped version.

The movie,"The Mission" tells the story of the Jesuit Reductions in Paraguay--communal mission villages, founded in the early 17th century and managed, independently of Spain, by Spanish Jesuit missionaries. The villages provided a haven for the indigenous Indian population, who prospered to such an extent that they came to be called "The Christian Indian State." All this changed in the mid-1700s, when Spain ceded the territory to the Portuguese, who had an on-going slave trade in the area, and soon turned many of the Indians in the Reductions into slaves. Because of political intrigue, human weakness, and deceptive information, the Jesuits were expelled and a remarkably successful solution to the hundreds of years of often savage colonial rule in South America, at least in Paraguay and parts of Brazil, came to an end.

Ennio Morricone was to be present at the first  showing but could not attend for health reasons. It featured three of his songs, adapted from the movie, and 20 new songs by his son Andrea. The production was expected to revitalize the market for musicals in Korea.

The Chosun Ilbo headlined its article on the musical, "The Mission Musical-Unfinished Mission." Ticket prices were expensive and the production shabby. The journalist who wrote the article saw it on New Year's Day and felt deceived. He looked for comments on the Internet and found that most of the opinions were  negative, with some disappointed theater-goers wanting their money back. He also wanted to register his disapproval of the production but the site was no longer operating, supposedly  because of squabbles among the religions.

The complaints did bring an acknowledgment that preparations were inept because of the stress of getting the musical ready for export. In an effort to do better next time, the company has decided to replace some of the actors, increase the members of the  chorus by 15, and work to improve the scenery.

The planning and investment money came from Korea, investing almost 11 million dollars in the production, which was assembled by an Italian company. The article mentions some of the problems with the production: the Italian singers had a poor grasp of  English, the acting, with two exceptions, was amateurish, and the production and the changing of scenery left much to be desired.

The world  premiere, for a musical that was to tour the world, was not only an artistic disappointment but also an embarrassment to Koreans, who expected a better showing for the first Korean attempt in a new field of endeavor.  How it will affect the reception of the musical in other world markets is hard to judge. It is sad that a musical, looked forward to with so much anticipation, and with such a good story to tell, failed so completely to be the triumph many expected.
Posted by Catholic American Eyes in Korea at 12:05 AM No comments: