Preparing for the Lunar New Year 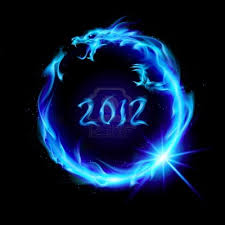 Now that we are coming closer to the Lunar New Year, we are seeing more articles reminding us to clean our minds  and hearts of the debris that has accumulated since the last Lunar New Year.

Writing in the Pastoral Bulletin a priest tells us a familiar story. A woman who had everything: good family, a comfortable living, and many friends, couldn't shake off a feeling of uneasiness. After counseling she realized she was not able to forgive her father for something in the past, but with knowledge and much effort there came the day when she did forgive and found the peace that had escaped her.

When we hate, the priest reminds us, the arrow that we mean to use against another finds its way to pierce ourselves, as well. Korea has suffered much from influences both outside and inside the country, and that has left Koreans with feelings of  sorrow and regret, which they express with the word 'han'.

He recounts the story of a young man who lived during the  movement for democracy in Korea. He was imprisoned and tortured to get him to confess to being a communist. He hated with a passion those who were torturing him, but during that time, reading many books and reflecting much, he came to realize that those who were inflicting the pain also were being destroyed. They were being used by the immoral dictatorial rulers of the country to insure their own control of the country. With these thoughts, he was able forgive those who were torturing him.

The  names of our enemies are carved in stone, it is said. The graces we receive are written in water. We are living with emotional scars and bitter feelings;  without being healed we will do harm to others and to ourselves.

With the new year coming the writer wants us to get rid of these negative feelings, to sublimate them. The meaning of han is a mystery to foreigners, because they have not been the recipients of the bullying Korea has experienced in her history. Following is part of the article on han that the bishop emeritus of Jeju-do wrote in 1986. Those interested can go to the following link for more information on something unique to Korean culture. http://www.marys-touch.com/truth/han.htm

"What is this thing called han, which seems to be peculiar to Korea? No foreign word [or any one word] can adequately translate it, for it includes such different nuances as are conveyed by the words rancor, grudge, hatred, lamentation, regret, grief, pathos, self-pity, fate, mortification, etc. Han's exact meaning can only be grasped experientially.

"Korean culture is the culture of han. Han flows in the blood of Koreans and manifests itself in Korean customs, literature, art, and in the melodies and folk music which hark back to home and youth, in the plaintive songs of the farmers, and in the cynicism, sarcasm and humor of the mask dances which make fun of the nobility. It is present in the tears of reunion or of separation, and we find it especially in the sobbing and wailing at a funeral...."


Posted by Catholic American Eyes in Korea at 12:05 AM