We are all Sisters and Brothers 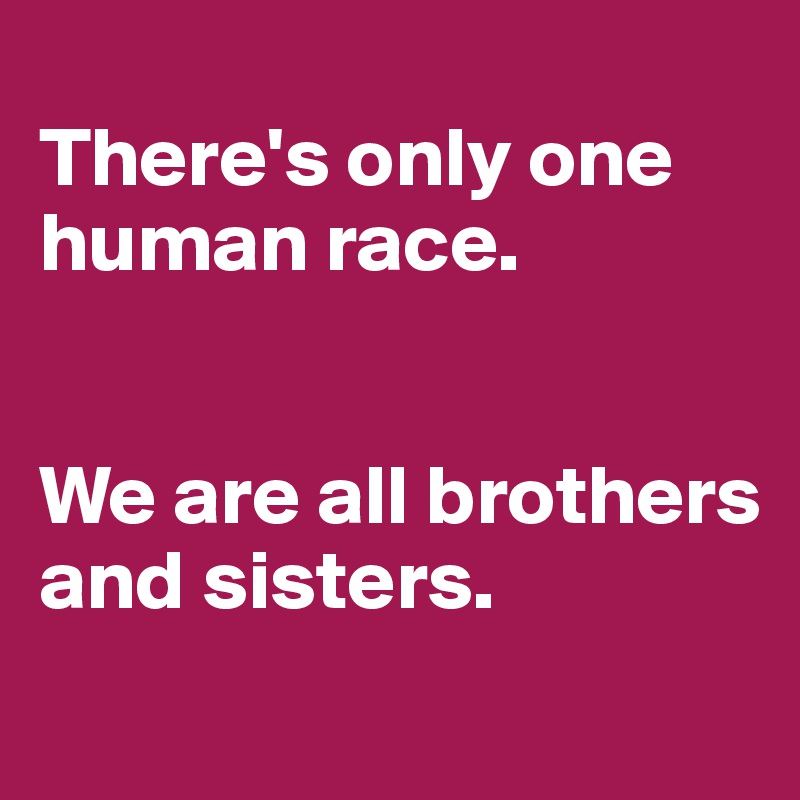 In a bulletin for priests, a pastor takes a section of a chapter from a book by Ryu Shiva a Korean Poet, critic, and teacher, and wants to leave the readers with some helpful thoughts.

An anthropologist who studied the lives of the native Africans suggested to the children of the tribe following him that they play a game. He hung a basket full of candies on a tree far away and promised to give all the candies to the first person to reach the basket after he signaled to start.

However when he gives the signal something unexpected happened. The children all held hands and ran toward the basket. And after arriving at the tree, they sat down in a circle and happily shared candy.

The amazed anthropologist asked a child why they all ran hand in hand. The child replied: "How can I be happy alone when other children are sad?" All the children cried out, "Ubuntu!" The anthropologist was speechless. He studied the tribe for months, but only then did he understand their mind. Ubuntu means personality, but it also means because 'we are, I am', you cannot be a 'person' by yourself.

We are living in an era in which small circles are drawn and people who are different in their way of thinking or who do not support their side are pushed out of the circle. Even though it’s actually "we" who are all connected together. Here is a surprising truth. As you keep pushing others out, the circle gets smaller. The more you take and attract, the wider it gets.

There are two types of people. People whose circle continues to grow and those whose circle gets smaller. Some people have strong circles that others cannot enter, while others have a circle with infinite acceptance of the world. The poet Rilke asks us: What kind of circle are you living in now?

I live my life in widening circles

that reach out across the world.

I may not ever complete the last one,

but I give myself to it.

I circle around God, that primordial tower.

I have been circling for thousands of years,

and I still don’t know: am I a falcon,

a storm, or a great song?

As Christians and Catholic, these are not words that we choose to use but Pope Francis in his latest encyclical has again made clear that we are all Sister and Brothers and we need act accordingly. Many of the non-religious find religions not to their liking for it comes across as exclusive.

However the teaching is quite clear: "Conscience is a judgment of reason whereby the human person recognizes the moral quality of a concrete act that he is going to perform, is in the process of performing, or has already completed. In all he says and does, man is obliged to follow faithfully what he knows to be just and right. It is by the judgment of his conscience that man perceives and recognizes the prescriptions of the divine law" (CCC #1798).

The reason we are Catholics is to learn how to love and become one with the love that Jesus showed us. It is to keep on making the circle larger and to treat all as sisters and brothers whether they belong to the community of faith or not.