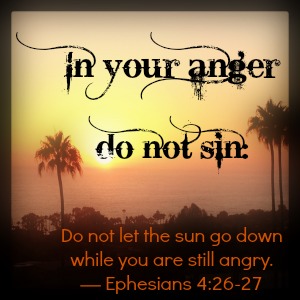 The Catholic Peace Weekly column of a priest teacher of spirituality gives the readers some thoughts on health.

An 80-year man who came for a physical exam surprised the doctor, his body seemed 20 years younger. He was able to maintain the health of a middle-aged man. The doctor curious asked him what was the secret to his good health. The elder replied: "I have never eaten any food or medicine that was considered healthy in my life. Isn't it just a case of good luck?"

The doctor asked again with an expression of disbelief. "You are living a life differently from that of other people your age to maintain the health you have." The old man, reflecting for a while, replied: "I got married 50 years ago and made a promise to my wife. When I get angry because of my quick temper my wife will remain silent and when she gets angry, I go outside and take a walk in the woods. After that, I got used to the walk in the woods every day so that may have been good for my health."

Is it possible not to be angry? He explains: anger is an emotion and emotion is energy so anger never goes away. Energy can only be converted to another energy or into a different emotion.

What does it mean to say that anger can be converted into different emotions or different energies? This means that anger can move on to feelings of revenge, another negative emotion, but in some cases, it can change to positive emotions such as love and compassion for oneself or others. It also means that anger can be sublimated into the creative energy that changes one's life, not destructive energy that harms one's health. As in the case of an 80-year-old man mentioned above.

When Joseph and Mary got married and got angry with each other, they promised to address each other with honorifics, and then to fight. This is because they were well aware of the fact that when a conflict occurs, they could be more offended by each other's expression of words than by the content. At first, this promise was not kept. When angry the honorifics would not come out. But one day Joseph put it into practice.  When he felt angry, Joseph immediately honored his wife by attaching the word "nim" (Korean honorific) to her name. Then, curiously enough, his wife began to calm down. He felt he was under the spell of language.

Another couple promised to wake up in the morning and bow to each other the next day after the couple had a fight. But the promise was never kept until a child was in elementary school. One night the couple had a big fight over their children's education. The husband had to go to work, they didn't even come to a conclusion, he verbally abused his wife and went to work and that night to bed. The wife, who stayed up all night in another room, could not understand her husband who went to bed without any words. The next day ready to go to work he carefully opened the wife's door and went in. And without saying anything, he bowed to her and left the room. She felt the emotions accumulated all night disappear like snow.

In what ways are we dealing with stress and negative emotions every day? Just as money is needed to live in the world, we need our own emotional secrets to love and be loved as human beings. How good it would be if we could be mentally and spiritually healthy even when angry.