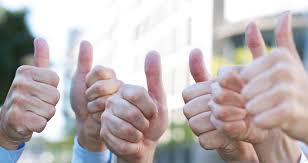 A pastor writing in the Eyes of the Believer column of the Catholic Times explains the campaign among the believers of the parish in sharing words of praise within the parish community.

"You're good at your job." "You have good sense." In recent days, these and similar words of praise are exchanged among believers after Mass is over. These words of praise don't amount to much but the ripple effect is large. After the Mass, he greeted some of the believers, and a believer passing by said, "You are working hard." Very few words but it made him feel better, and he said thanks and greeted the giver of the compliment. The power of praise is great enough to make you feel "up" with few words.

This campaign is not unfamiliar because it has been done in many places for a long time, but there are several reasons why it was implemented at this time in the parish.

First of all, as Corona 19 is prolonged, many people are complaining of anxiety and depression due to 'Corona Blue'. They spend a lot of time with the family at home, they show stress and lethargy, and in severe cases, it expands to 'Corona Red', where is found anger and irritation, and often spreads to conflicts with others. In this situation, the pastor wondered, "What was the church able to do?"

He thought it would be helpful to create an atmosphere of praising each other within the community. A compliment often makes one laugh but also feel better. And the atmosphere extends to the home and workplace without stopping there.

American author Mark Twain once said, "I can live two months on a good compliment." Praise not only serves as an energizer to overcome the difficulties of Covid-19 for oneself but also for those around.

The second reason why the Praise Campaign was launched was the reality of our society—widespread in recent years. In our society, we see a lot of aversion and hate, spreading beyond to violence of those seen as opponents. The reality is the culture of death: child abuse, power abuse, bullying, sexual violence with a deepening of disgust, exclusion, and violence. Under these circumstances, the church should make a prophetic effort to read the signs of the times and identify the culture of death inherent in our lives and society to transform it into a culture of love and life. (We should acknowledge the place of Acedia in our lives)

This is considered to be the 'new evangelization' given to the church today. There may be many ways to practice the new gospel, but the easiest is praise. Praise is a very good way to shape God's love into neighbor's love. Even the slightest act of greeting the other person, and calling the baptismal name is an expression of love. To praise is to be interested in the other person and to acknowledge and respect his existence. A person who is praised feels the value and meaning of his existence, and furthermore, they are helped to praise others.

Praise leads a rich customs officer, to repent." (Luke 19:1-10) This man felt alienated, found it difficult to be with others, was considered a sinner, conscious of his short stature, but Jesus called out his name, an act of praise that recognizes and accepted his presence. As a result, Zacchaeus transforms himself into a new human being by promising to share half of his wealth with the poor. Here we have the religious and spiritual dimensions of praise shown to resemble God's mercy and love. He invites all of us who have celebrated the Easter liturgy to join the 'Praise Campaign'.