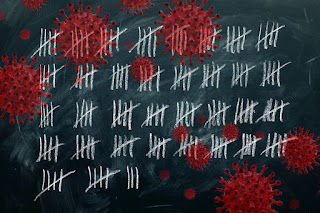 A lawyer in the Catholic Peace Weekly in Current Diagnosis gives us his opinion on the controversy surrounding migrants.

He lived abroad for a while when he was young. He hung out with students from dozens of countries and their nationality or race didn't matter. Migrants, a politically underrepresented vulnerable group caught his eye. Human rights activities draw attention to more vulnerable places, both at home and abroad. However, migrants already exist together with us in the same space and time, shouldn't we be able to see and accept them as they are?

According to the Ministry of Justice statistics, there are now about 2 million foreigners residing in Korea. Nearly 200,000 foreigners have married Koreans and there are about the same number of international students.

There is a question that keeps on coming to mind when looking at migrants. Will they be viewed as a part of 'us', especially the socially underprivileged and vulnerable, or as 'others' who are trying to take what is ours? What kind of community do we want?

About 10 years ago when the U.N. Committee on the Elimination of Racial Discrimination deliberated on the human rights situation in Korea we heard these words. The government announced that South Korea is a "single-ethnic" country, has little "mixed blood" and that racism is rarely a problem because it is mostly "pure blood." U.N. experts were shocked by expressions such as "pure blood" reminiscent of German Nazis.

Inequality in access to information has not been overcome, and hate discrimination has spread. Information in foreign languages was limited, and discriminatory views on not only early Chinese immigrants but also migrants as a whole threatened jobs. Poor unregistered migrant detention facilities are always exposed to the risk of Covid-19 and self-isolation is impossible for migrants in vulnerable residential conditions. Some measures are being taken to extend the length of stay and suspend the departure deadline, but overall, there are insufficient measures to cope with the difficulties in living.

The executive order for the mandatory inspection of all foreign workers, Covid-19, issued by many local governments, is a case in which prejudice and preconceptions about migrants have been revealed in extreme forms.

The Covid-19 crisis is certainly an opportunity for community reflection. We are at a crossroads whether to create a healthy community of solidarity, cooperation, respect, and consideration or to live in a society in which the fittest survive and each goes their own way through maximum exclusion. A society is said to be defined by what it excludes. What kind of society do we dream of? Covid-19 shows us why migrants should be part of 'us'.

Posted by Catholic American Eyes in Korea at 12:42 AM