Our Attitude Will Determine How We Live 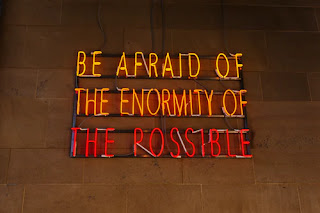 In the Catholic Times' Theology in the World Column, the priest director of a theological research center writes about identity.

Who is the "I", whose life I am supposed to be living? Who do people define me as? Am I the same person I think I am in the eyes of others? Identity is the perception of "I" and the way others accept me. How do I define myself? Who am I? Furthermore, am I always the same when I am expressing myself to others in real life? The subtle differences between the person I think I am, the way others see me, and the way I project myself to others brings about a crisis of identity.

The question of identity is fundamental in one's life. It's a question of who I am and who I'm perceived by others. Identity is not fixed but achieved in time. Identity consists not of one element but has various and complex aspects.

In general, identity consists of relationships with others. "What we become depends on the interaction we share with others. It depends on the environment and culture in a broad sense." Identity endlessly raises problems with the other and contains fundamental gaps and differences between me and others

A person's social identity consists of several elements: gender, ethnicity, national and racial elements. An individual lives with a variety of social identities. Within one individual, there is a combination of identity as Christian, a woman, and as Korean. And these identities don't collide with each other. However, there is an identity that needs to be considered further in any choice and decision-making position. Is Christian identity always a priority? Does Christian identity, a kind of religious identity, take precedence over sexual identity, ethnic identity, national identity, racial identity, class identity? If not, for that person, faith does not play a primary or central role in life, and it works as secondary, or as an ornament in life.

Christian faith is the work of knowing, experiencing, resembling, Jesus Christ. Faith, above all, makes us resemble Jesus Christ, in a sacramental representation of Jesus Christ on this earth. The identity of a believer is based on the resemblance to Jesus, not on the familiarity of religious practices and customs. Today, many people speak with faith and act in the name of faith, but it is said that it is increasingly difficult to find a resemblance to Jesus Christ in their appearance and attitude. The external identity is Christian, but the actual identity is often not Christian. Although life is externally religious, it is not with faith but with a secular logic (the logic of capital and power).

Identity is also uniqueness. How am I living? What is my way of thinking and acting? Am I honestly looking, understanding, and reflecting on my thoughts, emotions, and desires? Does my life have its own color? Where, what, and how do I live? How do I describe my life? What nouns, verbs, adjectives, and adverbs do I use. It doesn't matter what noun (status) what verbs I relate to (action and work), or what adjectives (characteristics) I modify. Nouns, verbs, and adjectives do not sanctify me. What makes me holy is how I perform my duties and work (adverbs). How we live determines our holiness.

The way you live is your identity. Your attitude and behavior towards life are your true identity.