On Caring for Our Common Home the Earth 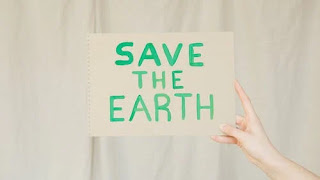 In the Catholic Times Weekly, the director of Our Theological Research Institute gives her ideas on the Corona 19 pandemic and Pope Francis' encyclical Laudato Si, "On care for our common home."

Expectations that we would be able to take off our masks and return to our usual lives when vaccinations started was shattered, and due to the spread of the 4th level of the pandemic, social distancing is being applied again around the metropolitan areas of Korea.

The COVID-19 virus, which continues to mutate and does not want to go away, is scary, but this summer is even more suffocating due to the sweltering heat. In addition to the corona-related daily notifications, the heatwave disaster warning text is also sounded every day, so we have grown used to living with disaster situations.

In recent years, the average temperature has risen to become a subtropical climate, and the phenomenon of abnormal climates in which torrential rains suddenly pour from clear skies has increased significantly. Environmental disasters are taking place not only in Korea but also around the world. In North America, wildfires and droughts are followed by a murderous heatwave. In Western Europe, an exceptionally torrential downpour caused great floods, and in the frozen land of Siberia, large-scale fires frequently occur.

Scientists say that this abnormal climate is a warning from the earth, a phenomenon that is caused by the aggravation of global warming due to a surge in greenhouse gas emissions. When the average temperature of the earth rises by 2 degrees, the so-called 'tipping point' (the point where things that were in balance suddenly and explosively fluctuate), a turning point in which the global temperature rises out of control, is reached, and inevitably changing climate could push parts of the earth into irreversible change.

According to the current trend, the time will come when the global temperature will rise by 2 degrees Celsius by 2050 or earlier.

Both viruses and abnormal climates are the results of man's reckless destruction of nature, and there are growing calls to realize the seriousness of the climate crisis and environmental problems and change our lives.

However, possessing a lot is still considered a virtue, and life is successful only when we climb higher, do more, and succeed— this world order that encourages our desires infinitely seems well entrenched.

Many people agree that religion is now the only thing that can lead people to reflect on their greedy life and lead them to temperance and offer alternative values in the face of the mighty power of capital.

In 2015, Pope Francis published 'Laudato Si' an ecological encyclical, urging us to practice ecological conversion and make concrete changes in our lifestyle, taking good care of our common home, the earth. Catholic churches around the world are preparing or starting Laudato Si’s 7-Year Journey. The Korean church also started this seven-year journey through the opening Mass on May 24.

Not only the church but also society responded. A documentary was aired on KBS (Korean Broadcasting System) 'Environmental Special' recently, where 100 people read the rules of 'Laudato Si' together as a climate change special. As she watched the broadcast repeatedly asking the question: "What kind of world do we want to pass on to our descendants and children who are growing up now?" The 'bread of life to be shared was the ecological gospel.

After the broadcast, at an internet bookstore, 'Laudato Si' ranked No. 1 in weekly sales of religious books. Interestingly, women in their 40s, their 50s, and their 30s ranked 1st to 3rd who bought the most books, and especially women in their 40s accounted for 30% of the total purchasers. Some of the nuns at the forefront of Catholic Climate Action activities come to mind and the hopeless feelings of mothers that cannot pass on to their children the kind of world they would like.

As a woman in her 40s, the writer, reread the Encyclical of Laudato Si this summer, reflecting on her call to respond to the cry of the earth and be a leading worker in caring for the poor who suffer from environmental disasters.