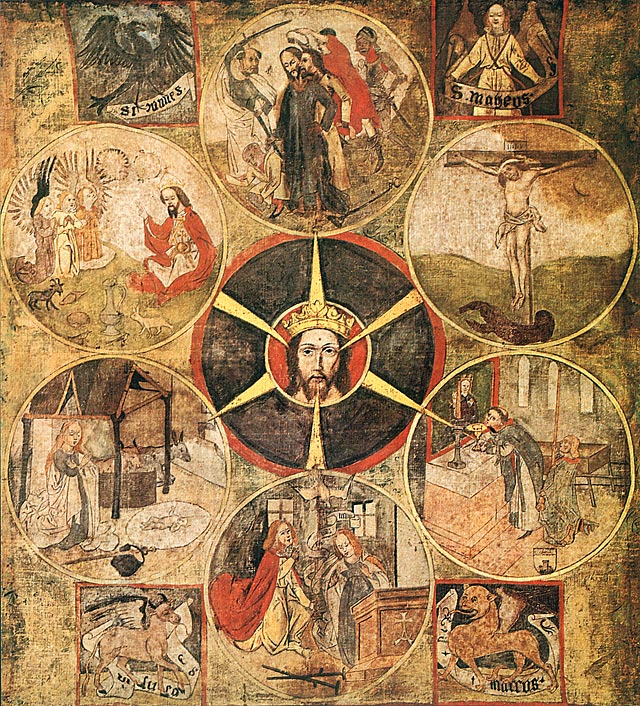 Is it possible to have a world without conflict? Recently on and around the Korean peninsula, we have political division and social unrest that worries many.  We have different values and convictions but we all love  Korea. A psychiatry professor in an article in Bible and Life introduces the readers to Saint Nicolas de Flue (1417-1487). He is the patron saint of Switzerland and also called Brother Klaus.

St. Nicolas de Flue (1417-1487) was born in Obwalden, Switzerland. He was the eldest son of pious and well to do peasant parents; the patron saint of Switzerland, who lived the ordinary life of a boy of his time and at the age of 21 entered the military and became the focus of attention.

At that time the cantons of Switzerland were in conflict. He joined the war against Austria and was known as a brave warrior. During a brief respite in the war, he went home and at the instigation of his parents married Dorothia Wyss a farmer's daughter and lived in the area of Sachseln. As an officer, he returned to the army and it was reported that with a sword in one hand and a rosary in the other fought in such a way that word spread of his bravery and heroic deeds.

He was a man with no schooling, couldn't read or write but because of his leadership qualities and judgment, they made him a councilor and a judge in the canton.  His reputation continued to grow and they wanted to make him governor of the canon which he refused. Here is an example of where education was not proportionate to what makes for a good leader.

It was at this time that he receives a vision that changed his life. A horse eating a lily which indicated to him that his life was swallowing up his spiritual life and decided to devote his life to contemplation. The writer mentions another Swiss citizen, Carl Jung, the psychiatrist, who showed an interest in studying his life.

At fifty he left his family with ten children and for most, it would seem a very selfish move on his part. However, he did leave them with enough wealth to live on and with his wife's permission began living the hermit's life. His hermitage was close to his home. According to a canonical process, he survived for nineteen years with no food except for the Eucharist and was giving advice to the many who came to see him.

Whether we think important the miracles associated with the life of Brother Klaus we have many wondrous happenings. His counsel prevented a civil war between the cantons meeting at the Diet of Stans in 1481.

Brother Klaus was born in a time before democracy at the end of the Middle Ages. Switzerland was divided, poor and behind in many areas of life compared to other countries. We have a man illiterate whose feats have been passed on to later generations and in the eyes of many a reason for the peace that the country enjoys. The wife was also an admirable part of this reality. Very much different from the woman in the lives of Socrates and Tolstoy.

He gave up the chance to be a governor and the wife whose life would have been very much different also went along with his choice of life. Switzerland was different from other countries for they remained in peace during the World Wars. Brother Klaus was considered to be involved in the disputes that the country experienced in his life with wondrous results. He entered popular Swiss tradition as one of the earliest champions of arbitration as a method for resolving disputes.

Whenever we have danger coming many so-called patriots are ready to want to crush the enemy. But St. Brother Klaus trusted in God and by the process of arbitration sought to solve the disputes.