Difference Between Dementia and Senility 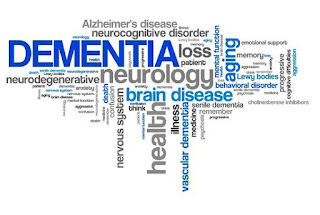 In the Catholic Peace Weekly a medical doctor in his article on Dementia and Senility gives the readers something to think about. The term that many doctors use now instead of these two terms is 'neurocognitive disorder' which may be minor or major.

It has been four years since the 'National Responsibility System for Dementia' of Korea was implemented. This policy was also the first pledge of the president's administration, and it was also a policy that he himself emphasized greatly. Perhaps it was based on the judgment that the number of people suffering from dementia is increasing due to aging. Therefore, as it is a policy that the current government and our society consider important, it is now necessary to illuminate and evaluate the extent to which the policy has been effective. However, there are still few such evaluations and prospects.

One of the reasons it is difficult to assess is that the objectives of this policy are mixed. In fact, the pain caused by dementia is more to the family and people around the patient than the patient. Like most cognitive disorders, daily life needs to be supported by those around them, and the need to be prepared to  suffer from delusions, aggression, and suspicion of the patient. Care is essential due to this problem, and in Korea, dementia care is often costly or someone in the family sacrifices because they cannot find the right person.

In other words, the reason for the emergence of the dementia national responsibility system stems from the absence of social care services rather than the problem of treating and medically managing a disease called "dementia." The absence of public care services is actually a problem that is revealed in Korea that  needs a solution: neglect of the disabled, and establishment of facilities for the mentally disabled. Therefore, it is not only a matter to discuss specific disease groups, but a need to present alternatives to how to systematize and make known the care needed in our society.

However, the proper solution began to be distorted when only "dementia" was removed and the problem of care was raised. First of all, special calculations for lowering the burden of health insurance in case of diagnosis of dementia have been expanded. The benefits of the expansion are limited to medical services that are fully covered by health insurance. Therefore, hospitalization and medical diagnosis of dementia patients were encouraged. In addition, 'dementia' has become a subject of medical treatment, not aging. With the exception of some  Alzheimer's, most are senile dementia.

In addition, a huge amount of money was invested in research and development for the fundamental treatment and prevention of dementia, which is mostly caused by aging. With the amount invested in dementia research, three or more public hospitals could be built and operated in medically vulnerable areas, but the government spent this money on research  and development expenses for pharmaceutical companies. Of course, the results are very weak. Above all, it is because the fundamental treatment for dementia is equivalent to an attempt to prevent aging. Humans can and should conduct various studies to prevent and slow down aging, but this is not an area that can be pioneered by research on aging considered as a disease. Also, if you look at it more broadly, our society's perspective on aging also shows an aspect of trying to commercialize even aging.

Therefore, it is no different from "medicalization" ( process where human conditions come to be defined and treated as medical conditions —aging considered a medical problem) unless it is a non-specific cognitive disorder in some young patients that requires neurocognitive testing and MRI for dementia diagnosis. Moreover, perhaps due to this view, the system of strengthening local communities and providing public care services for dementia patients has not been properly planned or budgeted. As it is classified as dementia, patients who are subject to treatment, are directed to dementia centers, nursing hospitals, and homes. There is little  public facilities, and only private care and care providers are still prevalent.

So, at this time, the doctor can't help but question what is happening. Maybe the reason for changing the uncomfortable word ‘senility’ to 'dementia' was not an evasive measure to turn away from care of the senile aged.  Maybe it was a meant to give consolation  by the diagnosis of dementia  and not to disparage those with senility in old age. Therefore, shamefully in OECD countries  where the poverty rate for the elderly is still close to 50%, what is really important is not the commercialization of specific diseases caused by aging, but public care services and income security that can sustain basic life. He hopes that 'aging' will not continue to be commercialized and politicized.