The Best Things In Life Are Free 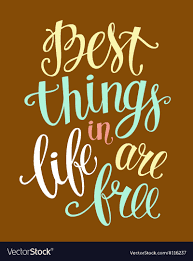 Boss: Happiness can't be bought with money? Is that true?

Boss: Happiness can be bought by money and in different degrees, so that's what I'm saying!

Boss: What the hell made you guys unhappy?

Boss: Yes, it's money! Then trust the company and trust money! I will make you all rich.

(From the dialogue in a TV drama)

St. Basil the Great invites the wealthy to open the doors of their storehouses and he exhorts them: " by a thousand different paths, make your riches reach the homes of the poor”. Wealth, explains Saint Basil, is like water that issues forth from the fountain: the greater the frequency with which it is drawn, the purer it is, while it becomes foul if the fountain remains unused. (Compendium of the Social Gospel #329)

In the Catholic Times' Light of the World column, the priest writer tells the readers that he sometimes watches provocative TV dramas. Is money a means or an end? "Money is everything! Where's God? Human rights? Life? You're making me laugh!". It's only a TV production but he's concerned we might forget the ideals of the gospel, saying: "There's nothing we can do about it." What are the concerns in these issues, such as lifestyle, preparation for retirement, living, family happiness, human life and self-realization, education, and welfare? It's money.

"When I was young, I thought money was the most important thing in life, but when I got older, it was true," said Oscar Wilde. "The cost issue is an important criterion when diagnosing reality calmly. Faced with reality, the issue of money is always present. The key to labor problems has always been the cost issue. There may be no one who doesn't need money, but what does the world look like when all the criteria for judging life have become money?

Goods are definitely needed to spend quality time with family on weekends and maintain the basic dignity of life. But when money becomes everything, our lives become very strange and far from the life a Christian should be living. The desire to pursue wealth has areas of sweetness but in the end, greed and anxiety about wealth will suffocate life itself and important things are lost.

The mind becomes obstinate and tightly closed, gratitude for life will disappear, and life becomes sick, and eventually, God is forgotten. Is there love, hope, and joy in such a life? Therefore, Jesus' words, "Pile up treasures in heaven" (Matthew 6,20), inform us in advance of the catastrophe that life in pursuit of goods alone will bring, and the church's teachings constantly emphasizing the good use and sharing of goods. If goods are not a means but an end in themselves, it means that accumulated goods can harm humans and society.

Not long ago, while sharing his thoughts with a young man he knew, he felt heavy-hearted to learn that he was in need. He tried hard, but the results were not good. In addition, the priest feels sad when he thinks of his neighbors who have difficulty in making a living due to covid-19, and those who have failed in business. It's doesn't make sense to tell them to let go of their desire for money.

First of all, we need to confront the situation, find a way out, and hope together. Shouldn't we witness that money and wealth aren't everything in our lives? And to do that, there is a need to show a life not attached to wealth. Christians need to share, serve and show dedication and sacrifice for others. These people are called 'soul-filled people'. These people are called for in all the fields of society including politicians and religious people. They are practicing God's words and teachings.