All Life is Sacred 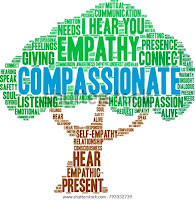 "Angulimala! I am always trying to stop violence against all living beings. However, you are not controlling yourself to do the same." The Buddha had stopped killing and harming and now it was time for Angulimala, to do likewise. Angulimala was so struck by these words that  he stopped; he threw away his weapons and followed the Buddha back to the monastery where he became a monk.
In the Catholic Times Eyes of the Believer column, a lawyer gives the readers the well known story in Buddhism about the criminal Angulimala who killed 999 people one after another and cut off their fingers to make necklaces. His original name was Ahimsa which  means non-killing, (the ethical principle of not causing harm to other living things)
Mahatma Gandhi always taught about non-killing and non-violence. Even those who wanted to harm him he would not resist them with violence and prayed for them. Angulimala, who was about to kill one more person to fill 1,000 people, was  converted by the Buddha, "Stop violence against existence," and became truly Ahimsa, a true disciple of the Buddha.
Recently everybody was talking about the prisoner Kang, who was released from prison broke the electronic anklet and killed two women. Even though the writer advocated for the abolition of the death penalty, for a moment, he thought that the prisoner deserved severe punishment. It turned out that he was the person who sent him a letter a few years ago that started with 'Dear Lawyer Kim'. He wanted a solitary cell so he would not have to listen to music, entertainment, and TV programs for 8 hours on weekdays and 12 hours on holidays. Since then, he has  given help through the Catholic Human Rights Commission, so his heart was heavy for a while hearing the news that he had killed two people after being released from prison.
The Angulimala story also came to mind. Just as Bible stories do, that story must be a metaphorical teaching. A parable that we humans do a lot of hating of our  brothers and sisters several times a day, and do a lot of killing of animal life as non-Buddhists. How many times have I hated people only 1,000 times?

Pope Francis also said this: "Even if you commit a very serious crime, the death penalty is unacceptable. The death penalty is an insult to inviolable life and human dignity. It is against God's merciful judgment on humans and society, and it interferes with a fair ending to sin. The Ten Commandments' 'Don't kill' has absolute value and applies not only to innocent people but also to sinners. We shouldn't forget that criminals also have the right to 'respect for life', a gift from God."
According to the Pope, even the life of a person like Kang, is a gift from God, and his execution is violence against God's merciful judgment. For many this is hard to accept, but what can we do? Jesus also gave his life for these Angulimalas.
A presidential candidate promised to make a law that
anyone given a death sentence must be executed within six months. Here in Korea the death penalty has been effectively abolished because it has not been executed for 24 years.
The Norwegian Prime Minister said in remembrance of the 69 youths killed by one terrorist in 2011. "We are shocked, but we will not give up our values. Our response to terrorism is more democracy, more openness and more humanity. A simple violent response to violence  is never the answer. If one person can create so much hate, just imagine how much love we all can create." That's right. Only Ahimsa is the answer to Himsa (violence, killing).