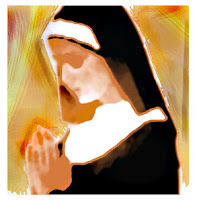 In recent years there has been a large decrease in the number of young people who are interested in a religious vocation. This was not always the case. Some 5o years ago Maryknoll had so many applicants there was a problem with space. They had to build to accommodate those who were entering. This we all know has changed drastically.There are many in Korea seeing this happening for men in the near future.


The Nahnews had a provoking article on the problems with women vocations in Korea. The priestly vocations are staying pretty much the same, the men religious are similar to the diocesan numbers but the women religious have decreased. There are 103 different groups in the country. In 34 communities there is no one in training, only one in not a small number of communities. Compared to the past this is only about 1/3 of the numbers they had. This is not something which came on suddenly but was statistically
foreseen during the last 15 years.


The author thinks that the reason for this are plentiful in our culture. The improvement of the condition of women in Korea is one of them. "Have only two and educate them well" was the motto under which many were born; this enabled the girls to flourish. They received the love of the parents and they were not exposed to the discrimination of the past. Although it is still a man's society, in certain areas of the society they were given equal opportunities.
.
With the women's entrance into society the idea of man's partner is not readily acknowledged. Rather we have an increase of weaker men and those who are afraid of women. With the ability of woman to make money there is no need to depend on men. Many women instead of trying to accommodate to the patriarchal society have opted to remain single.

Since we do have a large number who remain single in Korean Society this should be a large pool from which to expect vocations but most are not interested. Since we have so few being born it was reasonable to accept the decrease of vocations but this way of thinking no longer has reason on its side.

Many of the young women feel that the restrictions in the Patriarchal society are similar to the restrictions of the religious life; they enjoy the freedom of living the single life in society. With this in mind the author concludes that it doesn't seem things will change in the near future. He compares this to what happened in the States in recent years with vocations to the religious life.
Posted by Catholic American Eyes in Korea at 10:00 AM No comments: