The Korean Martyrs of Japan 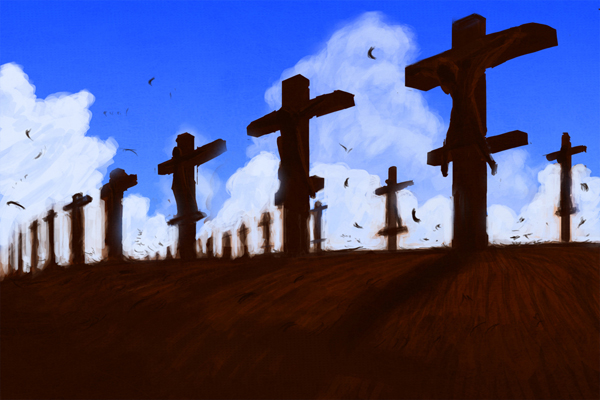 In the recent Catholic Times a Korean Sister gives us brief sketches of  15 Koreans that are listed among the  205 Japanese Martyrs. They were familiar with  13 of the Korean martyrs but the list has been extended to 15. They go back to the time when Koreans were forcibly taken  to Japan  during the invasion of Korea in the last part of the 16th century.
These Christians built a Church in 1610 in Nagasaki for the  Korean Catholics, the first Korean Church. This year marks the 100 year of the annexation of Korea by the Japanese and the 400th year of the building of St. Lorenzo Catholic Church; it was torn down  in 1620 when Christianity was banned in Japan. To commemorate the event a Mass will be celebrated on the Feast of St. Lawrence on August 10 by the archbishop of the Nagasaki Diocese.
The Koreans who are in the group of martyrs that were beatified in 1867 by  Pius IX  were beheaded  or  burned at the stake. The first was martyred in 1619 and the last  in 1627.

The first Korean martyr on the list is Cosmas Takuea taken to  Japan as a prisoner of war. He was a devoted servant to the master who brought him back to Japan;  he was given his freedom and his owner also bought him a house. This gave rise to jealousy on the part of the Japanese. He was picked up for sheltering two Dominican Priests and remained with them in prison.  He was burned at the stake showing great strength right up to the time of his death. His wife Agnes and son Francisco were beheaded three years later.
Blessed Caius has been written about rather frequently. He was looking for the truth by going to a temple and living the hermit's life  when he was taken as a prisoner to Japan. He was freed by his master and he  returned to a temple where he was baptized by a Jesuit priest. From that time, he lodged with the Jesuits and wanted to enter the Jesuits but did not receive permission. He did receive permission just before he died:  first Korean Jesuit Religious. Before his death, he was told that if he ceased  spreading Christianity and baptizing he would be freed. He replied that  while he has life he will continue teaching and baptizing. This is the way he went to his death in 1624 by burning at the stake.

The cruelty exhibited in Japan in the persecution would be difficult to match in the history of Christianity. The Church in Japan is still a very small percentage, but it is a strong community. The Koreans are well represented in the martyrology of Japan, and the Koreans even have their first Korean Saint in the 26 martyrs who died by crucifixion  in Nagasaki--  St. Leo Karasumaru. He was baptized by the Jesuits in 1589,  became the first  Korean Franciscan tertiary and chief catechist for the friars. Born in Korea and died in Nagasaki in 1597, he was canonized on June 8 1862 by Pope Pius IX.


Posted by Catholic American Eyes in Korea at 12:05 AM