Difficulty in Being an Evangelist for Happiness 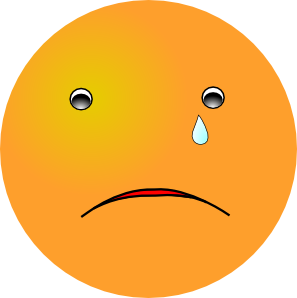 On the  Catholic Times opinion page this week, a columnist refers to the words of a song, "I am not laughing, no, not laughing," which reminded her of the recent suicide of the author and TV celebrity, the "Happiness Evangelist," well-known for her books and lectures on how to achieve happiness, and for hosting a popular TV program on the same theme.

After her suicide, the first response of many of her fans was stunned disbelief and then confusion.  How could someone who seemed so cheerful and had so much energy kill herself?  "Where in this world can we find happiness if this is the result of a life dedicated to finding happiness ?" was the typical response of many. This was the pessimistic response that came pouring out from many quarters. Some said, "if  the  evangelist for happiness killed herself why not me?" Who has an answer to this extreme opinion? Faith is the answer of the columnist.

This evangelist for happiness often mentioned in her talks that the word suicide in Korean when taking the two syllables in order means to kill the self, but when inverted it  means 'let's live.' She often remarked on this double meaning. Whether you are unattractive, poor or uneducated, that is no sin. There is only one sin, she would say, repeating it often, and that is not to live fully; she stressed the importance of the will in achieving this fulfilled life.

There are many people who are smiling on the outside but crying on the inside. The writer calls this masked depression. The evangelist for happiness was not afflicted with depression but had many physical complaints and was being treated by doctors, but the pain was so great that she had difficulty living the life she preached.
.
The columnist refers to a questionnaire in which 70 percent of workers from 20 to 30 years of age  said they have felt masked depression. That most people feel mildly depressed (getting the blues) at times in their life is no surprise; how indicative this is of  depression is not known, but not being able to live fully is certainly a problem for many A familiar quote from St. Irenaeus notes that "The Glory of God is man fully alive." It's our calling as Christians.

She concludes by asking, is it necessary to be a Christian and know the gospel to find happiness?  No, she says, it is not necessary because happiness is an emotion. This emotion, however,  is of no help when sickness, loneliness, old age and death come into our lives. It's here that our faith life presents us with  the necessary answers. Faith fills the emptiness in our lives.

Usually in life when you select something you say no to something else. However, when  you say yes to faith you are also saying yes to life.
Posted by Catholic American Eyes in Korea at 12:05 AM