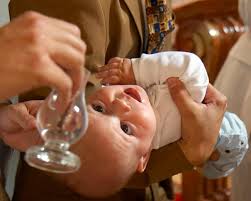 Baptismal names in Korea up until recent times were important to our Catholics. Nowadays, there is less value placed on the name given at baptism.  Koreans, as is the usual custom everywhere, have a surname and a given name. For Catholics there would also be the  baptismal name, and in some cases among, the old Catholics, the child would only be given one first name; this would be the baptismal name.

In the past, you could often tell by the baptismal name the nationality of the pastor who gave the name. The saint's name would  be selected from the list of Saints of that country.

The names are usually selected because the birthday of the person to be baptized is the same as the saint's, or the saint's life is admired, or the person has the same lifestyle  as the saint, or it may be they just like the sound of the name. The best option would be to select a saint whose life you want to imitate.

A Catholic Times' columnist makes selecting a baptismal name the subject of a recent column. Her name is Sylvia and she mentions how pleased she is when she meets someone with the same baptismal name. Sylvia is not a name  you would see listed as a feast day in the  Liturgical Calendar. She did not make much of an impression in her time. Sylvia picked her because she was not a popular saint. On further study, however, she discovered  there was another Saint Sylvia, who was the mother of Pope St. Gregory the Great, whose  feast day is Dec. 3.

She attempted to find out exactly who the less-known Sylvia was by asking a friend who was studying in Rome. The friend reported that she was born in Spain and was the sister of Rufinus, the Roman procurator in Constantinople and a friend of Theodosius the Great, the Roman Emperor. She had traveled to Egypt and Jerusalem and kept a journal we still have. St. Sylvia died a martyr's death in 420. Her feast day is Dec. 15.

The story of the two Sylvias have over the years been intertwined. One, a Spaniard, was a virgin martyr, and the other, an Italian, was the mother of a Pope. They were born two centuries apart and lived very different lives, but now are equally cherished by our columnist. She is happy to have the two saints as her patrons and remembers the dates of their death each year. She dedicates her column to all those who have the name Sylvia.
Posted by Catholic American Eyes in Korea at 12:05 AM