Pro-Life and Pro-Choice Fight in Korea 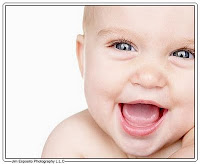 Up until recent months abortion as a social issue in Korea was ignored by the general public. It was illegal except for rape, incest, mother's health, hereditary or contagious disease. Today's daily paper reported the incident in which a group of gynecologist have begun criminal proceedings against three obstetricians: a fight between the pro-life and the pro-choice forces in the land of the morning calm.

About 600 young doctors in their 30s and 40s have resolved not to conduct any abortions not based on medical reasons, and to indict any doctors that are performing illegal abortions. These young doctors are said to be only 20% of the total, but since they are young, they do have a following, and time will tell if what they are beginning will be a ripple or a tsunami.

Some of the pro-life doctors consider Korea the abortion capital of the world, and want to change this image. Most of the abortions are performed for social or economic reasons and are illegal. The country did not want to see the gap between law and reality."We doctors, judicial authorities and the Health Ministry all have committed a grave error for a long time. That's why the uncomfortable truth has never been revealed," said Choi Anna the spoke person for the group of pro-life doctors.

Now that the issue is before the people there will be a great deal of infighting. The majority of the gynecologist are against what they consider a radical group of doctors. The money is made with abortions and not with births which are few. Not only the majority of the doctors, but many of the women's groups have made a public statement that the proceedings against gynecologists are against urgency and needs of women. It does not respect the right that a woman has over her body and her freedom-- a movement against a women's human rights.

Abortion in Korea was never an issue people felt deeply about, as in the States. Korean society sympathized with abortion, and no one saw a need to have a pro-abortion movement. The leaders of the pro-life forces in Korea make clear that there movement has nothing to do with religion. They are gynecologists and their work is to bring life into the world.

The efforts to eradicate abortion, by pro-life doctors, are cheered on by the Catholic Church of Korea. The Public debate will now begin in earnest, and in time we will see where the hearts of our Korean people rest. The vocabulary used by the pro-choice groups did not resonate with the Koreans of the past; the pro-choice ideas afloat are not Korean traditional views , but imports from the West, accepted by most of the young Koreans.


Posted by Catholic American Eyes in Korea at 12:05 AM No comments: Links to this post