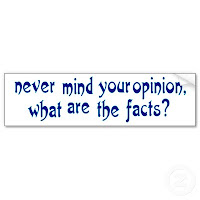 The tendency for the media to mix opinion with fact, to editorialize while reporting the news, is commonplace and was the topic discussed recently in the Catholic Kyeong Hyang Magazine. A member of the Korean Bishops Advisory Committee and a former editor on a daily newspaper spoke out about the importance of reporting any event--earthquake, political infighting, anti-government rally--by a strict adherence to the facts, and if there is commentary it should be presented in editorials and opinion columns. Facts should remain facts as far as they can be known.

Newspaper regulations do provide guidelines on handling this sometimes murky area separating fact and opinion but failure to comply results in nothing more serious than warnings, so there is little compliance. It's in this grey area of what is known that easily results in distorted news reporting. The news will either be slanted, in one way or another, depending on whether the news is seen as favorable or unfavorable to the media's editorial policy.

The signs of this subjective approach in the guise of factual reporting are readily seen: the placing of news, the space given, the words describing the event, and what persons are interviewed and quoted. Often, a news item on a product turns into an opinion piece, pushing the product or company with exaggeration and distortions. A more serious abuse, and probably more pervasive, is the use of supposedly factual news items to push the editorial policy of the paper. We then have not only the problem of morality but a loss of trust in all media. Instead of helping to build a strong community to better understand itself and its place in the world, media divides and breeds discord.

According to the writer of the Kyeong Hyang article, our media are primarily interested in getting its readers to accept their particular position on any issue. They are interested in facts only when they coincide with their opinions. In effect, they are saying that the two are one and that this approach will lead to a better society for all. However, the writer makes clear that only when we maintain the distinction between fact and opinion can we have a vibrant and strong society that will ultimately make the right decisions based on facts honestly reported.
Posted by Catholic American Eyes in Korea at 12:05 AM 1 comment: