The Absurdity of the Resurrected Life 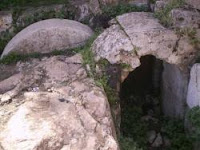 In a sermon, I read recently a Korean priest mentioned an anecdote that was written up as an episode in the life of the Buddhist monk Chun Seong (1891-1977). The Buddhist monk was taking a train at Seoul Station. Many of those waiting for the train were greeted by a Christian shouting: "Believe in Jesus! Believe in Jesus." He came to the Buddhist monk and said: "the Lord has risen, believe in the Lord Jesus." The monk after a short period of silence said to the Christian: " What, died and returned to life? Up until now the only coming back to life is what happened to me. " Those who were within listening distance all began to laugh and clap their hands. The Christian turning red, ran off.

If resurrection is coming back to life then rebirth is a form of resurrection but quite different from the Christian idea. Reincarnation is an attractive belief because it does not believe in annihilation but the coming back to life in a form prepared for in this life. Justice is built into the very belief of reincarnation. You prepare to become part of the Divine and you do not stop this rebirth until you have succeeded in living the correct life. In Christianity, everything depends on our belief in resurrection, not a return to this life but a different life. Everything follows from it.

Christian Resurrection is not an easy belief and St. Paul tells us: "Eye has not seen, ear has not heard, nor has it so much as dawned on man what God has prepared for those who love him." Today we celebrate this feast of Resurrection. Jesus has given us the reasons for living the resurrected life daily, until we are born into the new life of eternity. A belief that is foolishness "complete absurdity" to many, but a great joy to Christians. Alleluia, Alleluia.

I
Posted by Catholic American Eyes in Korea at 12:05 AM No comments: Links to this post