Cyberspace, a World We Can't Ignore 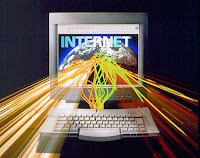 Korea is well advanced in the electronic world of cyberspace. From the early 1990s, many parishes started using the Internet to setup websites, to contact their Catholics, and to help inform and educate.

While many found the parish websites very helpful in doing pastoral work, within a short time many of these same parishes found that few were returning to the sites and some were shut down. Why did this happen? A priest who is responsible for the public relations work in his diocese had a column in the Catholic Times giving us some answers.

He compares the websites, which in Korean are often called ''world houses,'' to the parish itself. To keep the parishes running smoothly takes money, a lot of time and effort; the same is true for the cyberspace home that has been created and opened to the public.
For a site to function efficiently a group of workers is usually needed to be responsible for its daily functioning, and in many parishes there are one or two who function in this capacity. Ideally, four or five would insure that the website is continually up-to-date. Appointing a committee to be in charge of the various groups would also be a good idea.

Having contact with someone with technical knowledge of computers would be of enormous help but those who have an interest and a passion for what they are doing will be sufficient. Ultimately, whether the website is a success or not will depend on the frequent, and even daily, changing and updating of the contents of the site.

It is also necessary not only to get information to the Christians using the site but to get their help in supplying information that would keep the site be relevant and a help to them in living their lives.

Cyberspace is no longer only a new and exciting secular diversion but has also become a serious and important part of our Christian life. The Church has urged us to get involved; the possibilities are limitless and according to some, will greatly influence, for good or ill, the kind of spiritual world we will live in. Since we all live in the world of cyberspace, this is reason enough to make the most of it.