Growth In Faith Not Always a Given 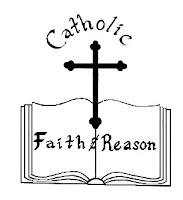 Ranking Christians in some kind of order is not an easy undertaking, but one of the columnists in the Catholic Times did make the attempt, and although such a ranking has no objective basis, there were some interesting observations.

Sampling some Catholics in his neighborhood, the columnist assessed the quality of life after baptism, designating that life as one of four types: A, B, C, and D. He looks on the life after baptism as a continuum looking for blessings, the period of trial, and maturity.


Type A Catholic is one who is faithful to his duties, gives generously to the Church, and then suddenly stops practicing the Faith. His sample Catholic had a son who was not accepted in the university. This Christian is looking for blessings. When they don't come, his response is to leave the Church. The columnist finds this Type not insignificant in the makeup of our Catholics.

Type B Catholic was practicing for about 10 years but a couple of years ago started to miss Mass, giving as his reasons: work and hobbies, the priest's sermons were of little help, those working in different service areas of the Church were, he thought, arrogant, and he didn't care for them. He calls these Catholics Nylon Christians. They have problems with the way the Church is run and not interested in having a deeper relationship with God.

Type C Catholic was a woman who was devoted to her faith life and did a great deal of volunteer work in the parish but had little time for prayer and study of the Bible in the home. Mass was just an obligation and when problems came, she prayed, but rarely found consolation and peace in her life.
Type D Catholic was a man the columnist met during his Legion of Mary's work. Always concerned for the other and willing to give a helping hand; he was an outstanding example of a mature Catholic. At one time, everything, he owned was burned in a fire. His neighbors and friends were speechless at his misfortune. But he went to our Lord with this burden and found the strength to start over again, and now has no financial problems. He has faults but is considered saintly. .

The columnist feels that we have to cooperate with God's grace by upgrading our faith life. There are plenty of opportunities to do this: programs in Scripture studies, charismatic renewal programs, M.E weekends, Cursillos and countless other programs. God gives his gifts in the present; we miss opportunities by putting off what we should be doing now.

Posted by Catholic American Eyes in Korea at 12:05 AM 3 comments: Links to this post