The Young and Old in Korea 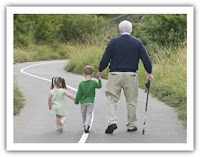 In the eyes of many, there are in Korea two groups of people having little contact with each other: the young and the old.. And the breach and failure to understand each other keeps on growing. Society does not show any interest in doing something about the generation gap, and neglects the numbers of old people living alone and the abuse that they receive; 14 percent of those over 65 have been mistreated.

The Catholic Church, however, has taken an interest, and the Seoul diocese recently had a symposium on the generation gap and the discord that currently exists between the young and the old.

The changes that have taken place in Korea in the last 50 years are such that one can't help but expect this discord. The old have had as their goal in life to eat and live well. Those born after 1980 are searching for happiness and meaning. It is no wonder that they have a different way of looking at life. What took the West hundreds of years to achieve, Korea achieved in 50 years.

The older generation grew up in large families and were taught to be independent; most of the younger generation are treated like royalty by their parents. We should not be surprised when the consequences of this upbringing become manifest.

One professor who spoke at the symposium said that older people should see the young with an open mind and the young should try to understand the older people's way of thinking. Attending the liturgy and events together should help break down some of the differences. .

Another professor presented some interesting statistics: 2nd-grade grammar school children seem to be the most understanding of older people, and those after middle school seem to have the most trouble with them, perhaps due to the heavier burden of school duties.

The article reporting on the symposium concluded that we should show more consideration for elders, create a friendlier society for them, and more welfare programs, and that the public media show more sympathy for the problems of the elderly.