End of Capital Punishment in Korea? 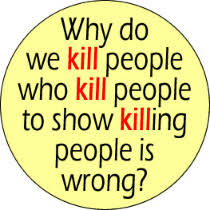 The first day of this month marked a period of 5000 days during which there have not been any death row executions, though some who have received the death penalty still languish on death row. It was on Dec. 30, 1997, 5000 days ago, that 23 people on death row were executed.

The Catholic Times revisits the issue of capital punishment in a recent editorial, and noted that on the 5000th day without execution, many who have advocated for the abolition of the death penalty gathered together to commemorate the day and to urge the National Assembly  to pass a law abolishing  capital punishment in Korea.

The editorial reminds us that the Catholic Church has been adamant in its emphasis on the sanctity of life, and a leader in the movement to do away with the death penalty. There is a quote from the Catholic Catechism: "Concern for eugenics or public health cannot justify any murder, even if commanded by public authority" (#2268). The late Cardinal Kim wrote in an article in the Catholic Times: "Many understand  that the death penalty is a  deterrent for crimes, but it is only a subjective opinion with no foundation in reality. There are other penalties that can serve the common good and protect human dignity."

Over the years there has been a great deal of controversy on the subject,and when we consider that it has been debated from all sides, the editorial believes it is time to come to a decision abolishing capital punishment. The facts indicate that it is not any help in preventing crime, and the desire for retribution--"an eye for an eye and a  tooth for a tooth"--no longer speaks to the people of the 21st century.

We should drop the belief that capital punishment is a deterrent for crime and look instead for the reasons for and  ways to prevent crime. Changing our ways of acting and thinking about this  controversial subject will require an on-going effort. Many persuasive reasons have been offered to do away with the death penalty, and if we  do not make the effort to accomplish this much -needed task, we will have shirked our duty as concerned citizens of our country and  responsible human beings.
Posted by Catholic American Eyes in Korea at 12:05 AM