Why Prefer Noise Instead of Music? 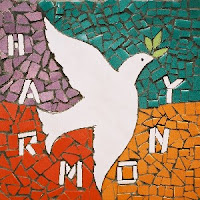 Fr. Cha Dong-yeop of the Future Pastoral Institute, in the recent Incheon Diocesan  Bulletin, talks about a premise that should inform all that we say.  The color gray can be found in nature but some see it as black; others see it as white. One of the failures of our society, he says, is that nobody wants to see  the  gray.

In his class in the seminary there were two groups that interacted like oil and water. One believed it important to participate in the struggle for democracy-- the group for justice. The other group emphasized the importance of prayer-- the spirit group. For unknown reasons they could not come to an understanding of each other's position.

Fr. Cha mentions that he held a middle position. When he felt that his conscience directed him to participate with the justice group, he would do so; when he felt it necessary to join the prayer group, he would. He couldn't help but ask himself on what side would Jesus be on? He would be on both sides, he decided.  "Do not the  two positions develop  from the same  root, and are they not branches of the same tree?  Why should  they be in opposition?"  The thought brings tears to his eyes.
Why do we avoid the gray areas in deputes of this kind? he wonders. "Why can't we be in the middle? Together. When we are not together," he says," we are again nailing Jesus to the cross."

The Church, says Fr. Cha,  is like an orchestra, with many different musicians playing together in harmony. The woodwinds do not wonder why the strings play the way they do. In the Church there should be an appreciation of each other's gifts, welcoming others who may be playing in a different mode but still in harmony. This should be  the main premise of the Diocesan Church Community.

We have the words of our Lord encouraging us to be One. However, the examples we use to explain this idea leave too much to the imagination. Though the idea is certainly understood, the simplification that is necessary creates more questions. When we have opposing ideas within the Church community, it is noise that we hear and not music. Talking to each other, being civil and respectful, making efforts to  understand, humbly and willingly open to seeing  another harmonic possibility is a desire of many.


Posted by Catholic American Eyes in Korea at 12:05 AM No comments: