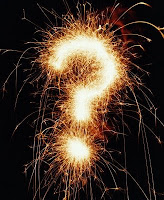 Two years ago Fr. Cha Dong-yeop of the Future Pastoral Institute of Incheon received five  sheets of paper, 24 questions,  written by one of the richest industrial tycoons of Korea. These questions were given to a priest friend of the tycoon for answers in 1987. The priest gave the questions to the then Catholic University rector who was going to meet with the industrialist, a meeting that never occurred because of his sudden death.  These are the questions that many years later Fr. Cha received from the one-time Catholic University rector. The  24 questions are the   basis for  the new book by Fr.Cha: The Forgotten Questions.

Fr. Cha feels they are questions that all have wondered about at one time or another.  They all are questions about the nature of our existence, such as, Can you give proof for God's existence? If God loves us, why do we have pain, unhappiness and death? Why did he make some people evil? Why does he permit us to sin? If we don't believe in Catholicism, does that mean we can't go to heaven? Are the rich sinners? What is my reason for living?


We all have similar questions and do not always hear answers that are very satisfying. Fr. Cha during his recent sabbatical year spent time in  prayer and meditation preparing to write the book. He has divided the book into four parts, and in the prologue begins with the question which is behind most of our other questions, why do we have life?

The Catholic Times interviewed Fr. Cha on his reason for writing the book. It  is not meant to be a philosophical treatment of the subjects discussed, said Fr. Cha, but a book intended to be easily understood by the ordinary reader.

As soon as the book was published, he received criticism  that in these very sensitive times he is giving publicity to one of our largest business conglomerates, and being used. He answered that all his books use the same approach, an attempt to satisfy the thirst of  those living in the 21st century. We who believe in the Scriptures are told to give answers to what we believe, he said. To a priest, there is not rich or poor, high or low, but only those who are thirsting for a better life.

He uses the example of two celebrities who are very popular now in Korean society. Their message in comparison to what Jesus has given us, he said,  is unbelievably insipid and merely a temporary relief and does not satisfy the deep longing of our humanity. He feels that we are living in a generation with much anger. The Church should be one of the first to alleviate this anger and to satisfy the longing of our people for the spiritual. Our work is not only to criticize others and society, but to help bring about a new value system and lasting change. We have to keep examining  both ourselves and the world in order to see what the Church can give to society in our present reality. Fr. Cha has tried to do this by answering  the 24 questions.
Posted by Catholic American Eyes in Korea at 12:05 AM