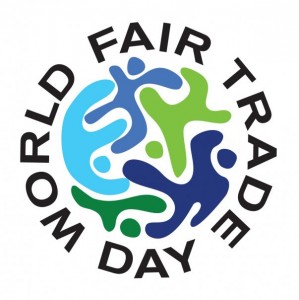 A movement developing in many parts of the world is a desire for trade that will not unduly benefit the importing countries and harm the exporting countries.  The Fair Trade Movement is intent on considering the development of the exporting countries, helping them to find a way out of their poverty. The bishop writing his column on faith and finances in the Catholic Times believes that the Movement's aims have entered into the thoughts of many in recent years.

According to Oxfam, the English International Aid Agency, if trade of the developed countries had just 1% more concern for the welfare of their less economically developed partners, millions would rid themselves of poverty; this can be expanded to travel, consumerism, fashion, and the like. We hear often nowadays the word 'moral' attached to many of our actions, which gives us an indication that something is not what it should be.

England's coffee import from Uganda in the years 2001 to 2002 is an example of current fair trade practices: Money returned to the producers of the coffee amounted to 0.5 percent of the total. 99.5 percent was divided among the processors, the sellers, and the brokers.

Another example the bishop mentions is how the soccer balls used in many tournaments are produced. Young children of Pakistan are used to sew 32 pieces of leather 700 times to finish one soccer ball. Because many countries would term this use of children as slave labor, many of them have boycotted  the product.

From the 1950s, when the Movement sought to achieve recognition for its program, until 2007, when England and the United States have taken the lead in the Fair Trade  Movement, there are now clear guidelines that describe what constitutes fair trade: equal treatment for men and women, refusing to use child labor, guaranteeing the producing country an honest price, helping to develop more skilled workers and better products, and helping to promote greater awareness for caring for the environment.

The bishop is happy to see that the Korean Church is increasingly getting behind the movement for fair trade, and believes that this participation is leading us in a direction that God wants for us.
Posted by Catholic American Eyes in Korea at 12:05 AM