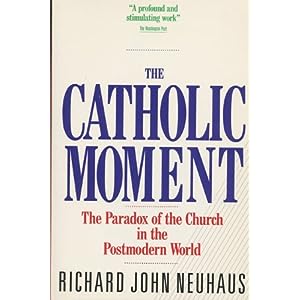 The desire for healing, not only of our disease-prone bodies but of our minds and spirits, is so pervasive in Korean society--spawning numerous health gurus and organizations--that it seems to have invaded  every nook and cranny of our society. The Catholic Times makes the healing quest the cover story of its recent edition.

The key to understanding much of what is going on in society can be found, according to the cover story, in this effort to heal ourselves from the unhealthy values of a materialistic, excessively competitive society. We turn to music to give us peace, food to cure our physical ailments, and trips to the country to sooth our troubled spirits. Items that promise healing are big sellers in markets; books on healing are best sellers. People seek to eat healing  foods, and  listen to healing music. During breaks at the office we participate in healing meditation; on weekends we go on healing journeys to famous places, and even when going to the bank, we are sometimes given items that are  meant to heal as bonuses.

Why do we have this emphasis on healing? The cover story suggests that it's a sign that something is wrong in our society: disparity in wealth, high unemployment, the house-poor, the wedding-poor, and the many who are in debt, and the number of suicides. The number of those going to hospitals for stress-related diseases has also increased greatly, even among 20-year-olds, and among both men and women reaching retirement age.

A religious sister at the Catholic university cites individualism, materialism, and consumerism as causes for fatigue, a common complaint because of our fast-paced lifestyle. We no longer can determine the direction of our future. Everything changes so quickly it's difficult to adapt, which moves many to search for healing. Another professor feels the postmodern mindset has added to the problem, with its emphasis on the individual and its rejection of absolute truths, leaving many to question the traditional truths that gave meaning to their lives.

Science and industrialization have brought material progress, but in the aftermath we lost ourselves, the sister said, adding that the popularity of internet social networking is an attempt to be grounded, and is at its core a search for healing.

We have been in search for utopia, she said, and it has turned into a mirage,many feeling they have been used, treated as slaves and tools. Consequently, the desire for healing has given us an excess of healing programs with many adverse side effects. The many different marketing methods and goods have not been tested and at times has brought more stress.

Adding to this stressful situation, Postmodernism plays up the individual: a me-view of life.  A book discussing  postmodernism and Christian morality,  quoted in the article, stated that postmodern ideas are in opposition to a religious understanding of life. Narcissism is the underlying premise for much of our thinking. Ignored are the traditional values that emphasize service to others, the 'we' understanding of relating and sharing with others.

This has given rise to many religious movements. A 1999 Gallup poll showed that 66 percent of the respondents mentioned peace of mind as the reason for their religious beliefs. A sign that the postmodern understanding of life has seeped into our understanding of religion.

If it is peace of mind that one wants, then religions are irrelevant, their teachings and truths are not important. This is why some  Catholics have sought out practices like meditation, Zen, Yoga, energy training and the like.  It is all part of the same flow. There are some who say the Church has to understand this thinking and adapt to the needs of the time. This tendency in our society should alert the pastoral workers to the work that the Church should be doing. If we are dealing with Catholics who see peace of mind as the motivation for their religious practices, then this will give pastoral workers much to do.