Education for a Healthy Future 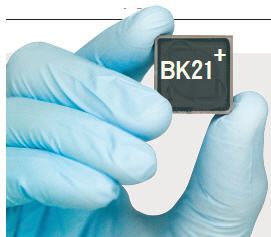 The world is changing more quickly perhaps than ever before in history. The need to adapt to these changes, primarily by learning English and becoming acquainted with foreign cultures, is becoming critical, according to a columnist in the Peace Weekly. Even the country is looking for leaders who are educated in the new global realities and are fluent in English.

Consequently, even before they know their own language, our future leaders are beginning the study of English in kindergarten. There are also those who are sent overseas for studies. The downside of this policy is that many of these future leaders, when separated from their parents at an early age, have to deal with depression.

She mentions meeting with two elementary students studying in Canada--one her niece--who say they are depressed. When asked to explain, they said they did not know the reason for these feelings. The columnist says she rarely thought of the difficulties of studying overseas at such a young age but only admired the students who succeeded in learning a foreign language and learning about the world. One of the Canadian students this year developed a serious case of depression that caused great concern to family and  friends.

Are there any parents who would rather not send their child overseas for study at such a young age? Perhaps many, she says. The reason they are sent overseas is that parents feel it necessary for the child to prepare for the future. However, more important than economic and political success, the columnist reminds us, is the health of mind and body and emotional stability. Knowledge is only a means; without health and happiness, knowledge has little meaning.

Does happiness come, she asks, with winning in a competitive environment?  Is it possible to have happiness without competition? Mencius mentions three reasons for achieving happiness. First, the presence of parents and harmony with siblings. Second, the ability to look up to the heavens and to interact with others with a pure conscience. Third, the opportunity to teach those with talent for future responsibilities. And he makes clear this happiness does not consist in living in luxury.

The Korean Ministry of Education has a unique program for the 21st century, called "Brain Korea: BK21 Plus,"which intends to help universities prepare leaders of the future. However, the columnist expresses some reservations on the direction Korea is taking in educating our youth for leadership roles. Will these future leaders be happy leaders? she asks. There is little concern, she says, for educating the whole person. And she wonders whether we are preparing the future generation by setting in place the beginnings of what will develop into depression.

The proposed government program, she believes, will not be able to solve the problems that are sure to arise, and she suggests that the Church take a bigger role in preventing some of  these problems, as well as dealing with the problems that have already appeared. We are meant to have health of body and mind and emotional maturity. She hopes the Church will see this as an important mission for achieving the present and future well-being of society.