"On the Side of the Poor" 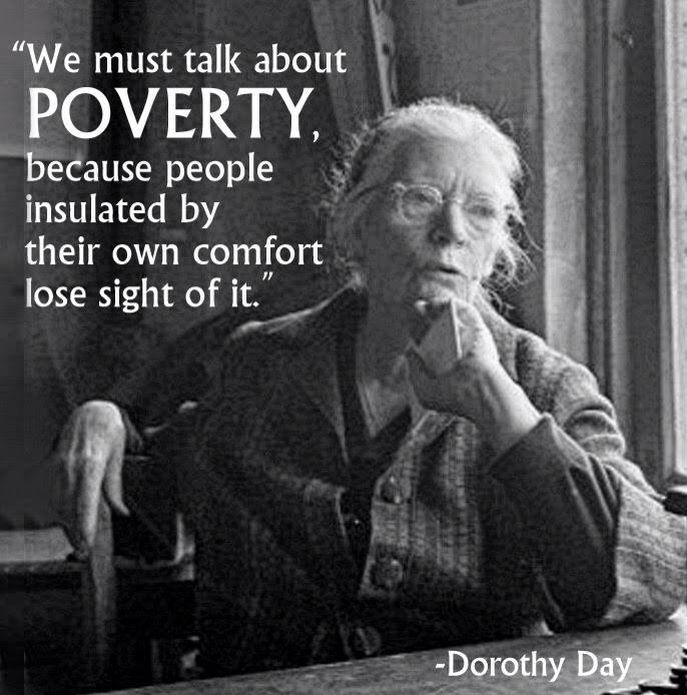 Poverty is a great stumbling block to the kingdom of God. One cannot sustain minimal dignity when faced with poverty. More serious than the climate crisis for those who are forced to live it. Jesus devoted his life to love: healing the poor and the sick to make the kingdom of God a reality. So begins the Peace Column in the Catholic Peace Weekly.

Unfortunately, wealth inequality is increasing all over the world. The most persuasive economists who may show by their words why Jesus chose the poor— are the French Thomas Piketty and Joseph Stiglitz of the United States. (Both of these men are working to change capitalism to a more socially aware economic system).
Capital in the Twenty-First Century is a book by Thomas Piketty in which he states that the return on capital, in the long run, is greater than the growth of the economy. This he found to be true in more than 20 countries he studied and the reason for inequality and polarization.

Since money makes money faster than economic growth, the gap between rich and poor is bound to grow as capitalism develops. Piketty predicts that current trends if continued, will deteriorate to a degree that no country can afford by 2100. Korea has a higher distribution of income from capital investment than other developed countries; the income of labor will not be able to overcome inequality.

Stiglitz, the author of The Price of Inequality, pointed out that while the productivity of the US economy has increased significantly over the past 40 years, real wages barely increased. Most of the economic growth was made by capital, intensifying inequality and polarization. In particular, his book Rewriting Economic Rules draws attention to the need to reverse the relationship between efficiency and equality.

In the past, conservative economists had to accept some inequality for efficiency and growth. But he argues that economic performance and equality are now complementary rather than opposites or alternatives. Serious inequality today is not only damaging efficiency and productivity but also threatening democracy. New rules are needed to help the middle class solve the problems of growth and inequality at the same time.

Our people's perception seems no different. Seven in ten feel the level of inequality in Korean society is severe. In January, the Seoul Metropolitan Government conducted a survey of 1,000 citizens over 18 years of age— 68.8% of the respondents said that inequality in society was 'very serious' (26.5%) or 'severe' (42.3%).

The age group that felt the inequalities in asset formation was the youth who see difficulties in buying a house in the future.

The bigger problem is that more and more capital is expected to bring about the fruits of economic growth not only in Korea but globally. In the future, wealth is likely to be heavily based in developed countries, with the capitalists and their members who have invested in the AI ​​and robotics industries. The old saying: the rich get richer and the poor get poorer may seem mild in the future situation where human jobs are bound to shrink.

It should be recalled that the poor are the greatest receivers of the gospel. In the Joy of the Gospel an Apostolic Exhortation of Pope Francis: "But until exclusion and inequality in society and between peoples are reversed, it will be impossible to eliminate violence. The poor and the poorer peoples are accused of violence, yet without equal opportunities, the different forms of aggression and conflict will find a fertile terrain for growth and eventually explode"( # 59).