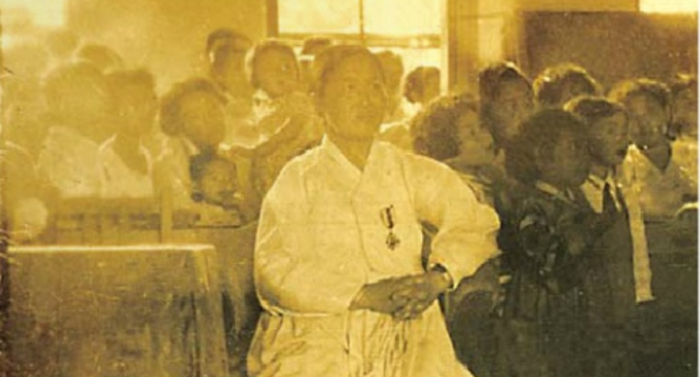 In the recent issue of Theological Perspective the writer who is a lecturer in a University  Education  Program  for the whole person gives the readers a profile of Choi Chung Sook (1902-1977). A study of Catholic Social Spirituality as expressed by her life.

The article had an abstract in English which explained the purpose of the study of Choi by the writer as an effort to  reveal her understanding of social spirituality which applies  not only to her inner spirituality but how it was expressed in the society of her time.

Since the Second Vatican Council (1962-1962) the Catholic Church has striven to set a new relationship between the Church and the World: the Church should actively participate in establishing  truth and justice within society rather than isolating the Church from the world.

In this historic context, the Catholic social spirituality does not separate the spirituality from the life of the people but rather has highlighted the efforts to actively express the spirituality in order to create  a world that will evolve into the Kingdom of God.

In previous research on Choi Chung Sook they separated her life of faith and her secular life but the present writer shows that they were one.

In society she is regarded as a feminine leader who left  a remarkable legacy in Korean modern history. She was a patriot opposed to Japanese imperialism, an educator who was a leader in the enlightenment movement and a doctor helping the poor.

She was the first female principle at Jeju Shin-sung middle school. She was elected the first superintendent of schools in Jeju in 1964. She is considered an outstanding leader in Korean modern history.

She came from a strong Confucian background, baptized in middle school with the name Beatrix. She had dreamed of being a religious sister but this changed after she was imprisoned for participating in the March First independence movement.

At that time the place of religion and politics in the lives of the believers was clearly defined. Catholics were to be concerned with the salvation of their souls. At that time the hierarchy was composed of men from the Paris Foreign Mission Society. They were interested in the freedom of the church and increasing the numbers of believers and wanted to decrease political conflict. Consequently they forbid the Catholics  from participating in the  Independence Movement.

Despite this, patriot An Jung-gun, Choi Beatrix and many others disagreed with the church and thought working for independence was the right thing to do. In a study made they found that 53 Catholics were imprisoned, of that number 8 were woman and Choi was one of them and the reason she would not be a nun.

Choi's various activities can be seen as based on Catholic spirituality. This spirituality was expressed in her struggle for the Korean people and not only for her own spiritual  well-being. She was not only a leader in modern Korean history but also a female lay leader in the Korean Church.