Excessive Trust In Our Rightiousness is a Problem 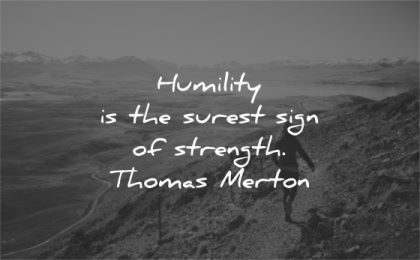 A lawyer writing in the Eyes of the Believer Column of the Catholic Times recalls that the things that thrilled him when he was young are not doing so as he ages. Listening to songs that were thrilling when he was young is of no interest, and reading the classics is no longer what it was. Since the wisdom of both east and west has the goal of a 'peaceful mind', he wonders whether he has matured or just become an old fogy.

He looks  back on his school days when they wore school uniforms like the imperial Japanese military and received a corresponding education. For decades after high school, he eagerly shouted “No” to authoritarian dictatorships. Now those years have passed. Meanwhile, new worries come to mind, perhaps because his heart has grown old. Maybe Pandora's box has been opened in our society.

As the political and social repression that has been going on for a long time is gradually relieved, everyone now comes out with their own opinion. It is a natural reaction to the oppression of the past. The most severely suppressed are the labor, women, and youth sectors of society.

The labor world has been seeking some stability over the past 30 years since the 'Great Workers' struggle' in 1987. (In July and August 1987 over three million workers, led to an uprising of workers demanding better wages, better working conditions, and autonomous trade unions).

However, solving the problem of non-regular workers and self-employed workers, who seemingly are self-employed, but live with many restrictions, is now at the beginning stage. Until the labor-management relations were stabilized there were intense confrontations and excessive arguments. How many workers died, were injured, and went to jail in the process?

Now, voices are coming out to free women and youth from unjust oppression— Enactment of the Human Rights Ordinance for Students and Youth, the 'Me Too Movement', and strict punishment for sexual violence. Although it is a process that must be passed through to solve the problem, there are often excessive unreasonable attacks and hatred, and even the basics that must be observed are abandoned.

Naturally, the human rights of students and youth need to be respected. However, since the concept of human rights is inherently self-righteous, it may serve as a justification for rejecting education that teaches the lack of human rights to children who are still in the learning stage. For immature children, proper guidance from teachers and adults is essential, and certain discipline and behavioral restrictions are needed to overcome the hardships of life that will come. Children who have grown self-centered at home and in society will be able to learn self-control and caring for their neighbors through certain disciplines.

The repression of women, which has been around for centuries, requires shock therapy to cure it. However, hating men unconditionally and trying to find the cause and solution of all problems in sex discrimination, is like the history of overthrowing capitalism by killing ‘capitalists’ with bamboo spears.

So we can not expect capitalism, which depends on people's selfishness, to easily fall. Nor will the hard wall of discrimination against women be overcome by hating men.

The movement to abolish the crime of abortion is in full swing these days. No matter how frustrating the undesired pregnancies and the difficulty to nurture, a state must defend the common good and not allow a single life, an unborn child, to be killed. A woman's right to self-determination extends only to herself, and the fetus is another being, freed from her self-determination. Although the state can close their eyes to certain situations it cannot allow one to openly kill another.

The path to liberation from oppression is a long and difficult one. On that path, hatred toward the oppressor and excessive self-assertion is inevitable as a reaction to the oppression received.

For us to really fix the wrong 'social system' in which we live, we must free ourselves from the 'me' filled with greed, anger, and foolishness. Without this freedom from hatred and excessive self-assertion is it possible to be effective in our quest for a just society?