Designer Babies Of the Future 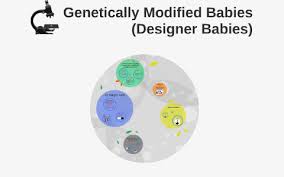 A Bioethicist in the recent issue of the Catholic Peace Weekly gives the readers in Diagnosis of Current Events some thoughts to examine.

When Anna turned 11, she filed a lawsuit against her parents for forcing her to donate a kidney for her older sister. The mother (Sarah), was obsessed with Kate's cure. They had a fierce court battle and it was found out later that it was at Kate's request that Anna filed the lawsuit. She was also suffering from the pain that her disease was causing her sister, Anna. This film raises the question of whether science and technology can discover the meaning of family and the dignity of life.

Designer babies aren't just in movies. In October 2018, in India, the parents of a son suffering from a rare disease called 'thalassemia' visited a fertility specialist to give birth to a customized baby (Kavya Solanki) that was genetically matched with her brother through genetic testing before implantation. In March of this year, when Kavya was less than 16 months old, a bone marrow transplant was performed for her brother, and he recovered. Parents call Kavya the 'savior' because her birth changed the life of the family.

Customized babies born for brothers and sisters, like Kavya, are called 'Saviour Siblings'. Unlike the movie, the birth of a customized baby seems to be a happy ending for this family. But we haven't heard all about Kavya yet; she is a child who is now only 24 months old.

Kavya's parents gave birth to her because it was a child who had a perfect genetic match with her son. So, to give birth to Kavya, parents created embryos through in vitro procedures even though they were not infertile, and embryos were selected through numerous genetic tests. We can't help but think about how many embryos have been destroyed in this process. Human life is the fruit of love through the unity of the couple, and even though "humans must be respected as a person from the first moment of their existence" the embryo is created and treated as a material tool and if not helpful discarded.

The birth of a Savior baby can be a prelude to a descending slippery slope. This is because human desire does not stop at making a younger brother provide bone marrow, but can move toward genetic modification.

In 2019, the Alliance for Regenerative Medicine stated in its declaration that it supported gene editing in somatic cells, but that gene editing in the gonads (eggs, sperm, fertilized embryos) was inappropriate.

There are still many flaws in technical, as well as ethical, legal, and social issues. In the case of human embryos, the side effects of gene editing are bound to be confirmed by growing into adults. Also, if a side effect occurs, it cannot be reversed or stopped. But even more dangerous would be the unrestrained human desire for science and technology.