Need to Live in the Present 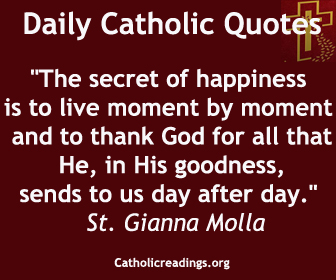 Each year at this time we come to the end of the liturgical year. We have been changed in some way for better or worse. Hopefully, as Christians, it has been for the better. God is always loving, giving his graces and his Spirit wants to abide with us but we often have not made him welcomed.

This coming Sunday is the beginning of Advent and the new liturgical year. In Korea, the last week of the liturgical year is Bible Week and a time to prepare ourselves for the New Year. This month we pray for the dead and bring to mind our own death and how to prepare for the inevitable end of earthly life—the meeting of Our Lord.

A priest working as a pastoral minister for the sick in a diocese writes in a parish bulletin on what he has learned over the years about death and how it is met by the many patients he has ministered to. The writer has been at the bedsides of those dying and has given the subject a great deal of thought.

When the pronouncement of cancer or some other terminal disease is made, some deny and refuse to accept what they hear for they considered death to be far away. In some of the cases with medical help, the patients return to health but others have to deal with the approach of death. Some get angry and depressed while others accept the situation in which they are in.

When the sick person gets the word that death is near many emotions arise and many of the sick are overcome by the turbulence. The person looks back on their life, sorry for the things they did or did not do. They are taken up with the past to such an extent that they forget the present that they are now experiencing.

He asks the readers: Have you thought about death? Death is near, we are rehearsing for death every time we go to bed. Death is close.
We need to prepare. The best preparation is to live each day fully and faithfully. This will enable us to meet death with internal peace even though the pain and anguish may still be there.