Responsibility of the Media 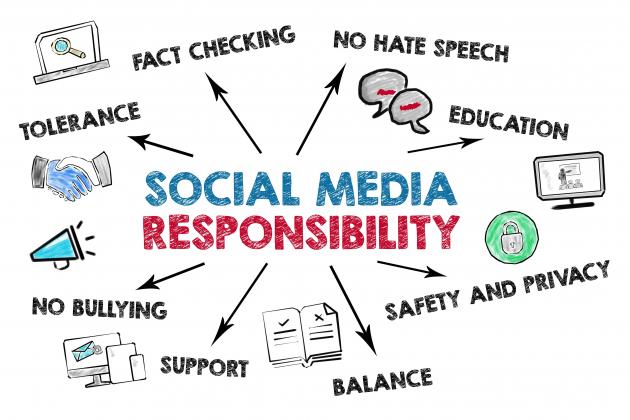 A Political Science Department professor gives her views on the media in the Current Event column of the Catholic Peace Weekly.

The world is still in a crisis situation due to the Corona 19 pandemic. Incidents and accidents that cause public resentment. The conflict in the differences between the ruling and opposition politicians remain.

The reality of the society we encounter through the media seems to be full of things that evoke feelings of depression and negativity rather than news that warms the heart. At this time of year, you usually have the Christmas spirit appear— people giving a helping hand to their neighbors in need. However, we hear little of the medical staff, epidemiological investigators, and public officials dedicated to the fight against COVID-19. And the many citizens working and showing concern for those in need, the media does not see. We need to remember the press has the characteristic of paying attention to issues that are negative, exceptional, and deviant.

The professor has in the past focused on issues where the media has not done well and feels a responsibility to be critical of the media's actions. However, constructive criticism also requires we point out also what is being done well. She wants to revisit some of the things that the media has performed properly in their social roles and responsibilities this year.

In April of this year, the media established rules for reporting on the pandemic. The reporting rules aim to avoid speculation and exaggeration— reporting based on accurate facts, and prioritizing and listing preventive measures and rules of action. The media must fulfill its role and responsibility in preventing the spread of rumors and preventing social chaos. It is a good example of journalistic practice in that journalists themselves voiced a need to review the media's social role, responsibility, and ethics.

Prior to this, in January, nine media organizations launched a "declaration of media practice against hate speech". The spread of expressions of hate is contrary to the media's duty to work for social integration. Careful attention to the dissemination of hate speech is also necessary to expand opportunities for diverse opinions to be shared without discrimination in society. This year the media has been faithfully continuing the role of watchdogs.

In addition to publicizing the seriousness of the cyber crime triggered by the N-bang incident (criminal case involving blackmail and the spread of sexually exploitative videos), the media has fulfilled its original mission by revisiting issues facing various parts of our society, including reporting on the status of labor, and the welfare of non-regular workers leading to improvement.

"Why do you look at the speck in your brother's eye, but not the log in your own eye?" (Lk 6:41) We as news users need to examine our perspectives and values, honestly. Given the social influence of the media, we must try to discover the failings in the media but realizing our own faults in what we perceive. In addition, we must actively promote and support good journalism. Good journalism is realized through the efforts of the press but also those of us who use the media.