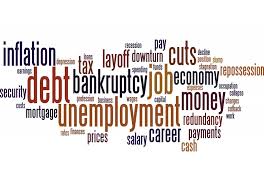 A Catholic university priest professor, with a doctorate in economics, acquaints the readers of the Kyeongyang magazine on some of the economic problems faced by Korean society in this New Year.

In Oct. of last year, the Bank of Korea reported that the Piketty index was 8.6 the highest it has been. In 2010 it was 7.6. The index for Germany 4.4, United States 4.8, France 5.9, England 6.0, Japan 6.1, Spain 6.6. According to Piketty, the index shows the economic inequality in society and consequently its dissatisfaction.

Thomas Piketty is a French Economist who originated this index: the assets of a country compared to how many more times this exceeds the total income of the citizens. When the index increases the power of capital increases compared to the income from labor; according to Piketty, we have a situation for dissatisfaction.

The writer seeing the situation in Korea reminds him of the Jubilee Year of the Old Testament. After the last of the seven sabbatical years on the 50th year, they celebrated the Jubilee Year. One was not to sell their land, God was the landowner and they were only pilgrims on God's land. All had 'equal land rights' so they could enjoy life.

The distribution of land after entering Canaan was done with great care. Joshua selected three from each tribe to explore the area and make a map. They distributed the land according to this map. To be fair it was done by lot. The Jewish historian Josephus said it was not done by the amount of land but the quality of the land.

The Jubilee Year expressed simply was a reset of society—a new start, going back to the beginning. All debts remitted if the original land that had been allotted had been sold it would be returned to the owner.

The writer introduces to the readers, Henry George and his book: Progress and Poverty, published in 1879. George had the same idea that land was for the benefit of all and argued that taxes on land should replace all other taxation, ending unemployment, poverty, and inequality.

Since in our modern society the distribution of land is no longer a reasonable possibility the taxing is possible with the distribution to society. This would be a modern-day Jubilee Law benefiting all.

In Korea after liberation in 1950, the government abolished the land tenure system, transferring the land ownership from the absentee landlords to the tenant farmers. This enabled the farmers to care for their families and put aside money for the education of their children which helped the country to quickly develop.

After 1970 the 'equal land rights' policy began to weaken because of industrialization and the growth of cities. And we had the city land prices increase, speculation, and the growth of unearned income. This became the vision of many, to make easy money without the toil and sweat of the past.

The continual increase of property prices is a problem and few are in the know on how to stop this kind of speculation. He ends the article with the thought that we are going in the opposite direction from the Jubilee Year way of thinking. In his eyes, the Jubilee is not a farfetched way of looking for the solution to our economic problems.