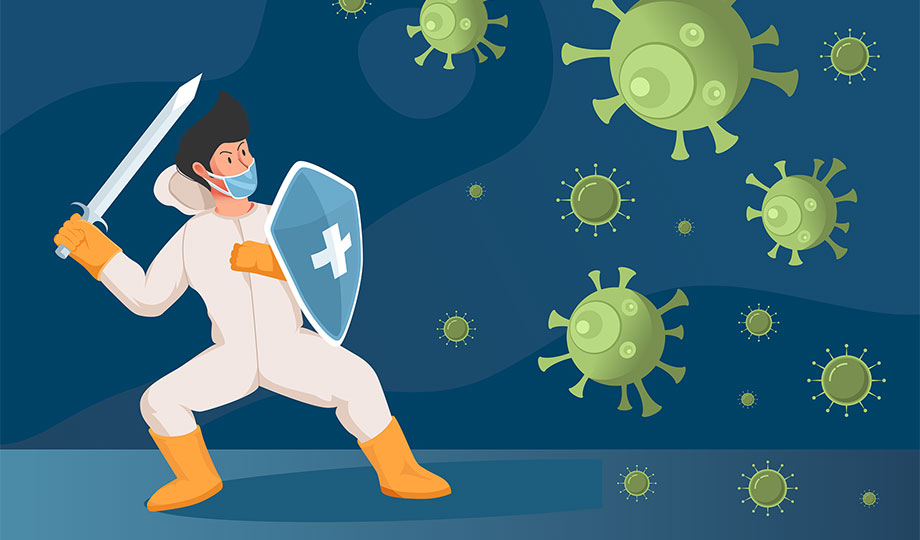 The head of the news desk of the Catholic Peace Weekly gives the readers something to think about during these trying days of Corona19.

The world has been struggling with Corona 19 for nearly a year. The fight against infectious disease unfolds in a fashion similar to a war. Urgent, special, unpredictable situations occur every day. Daily life is restricted, families are separated due to quarantine.

The war against Corona 19 began with a local war from China and expanded to a world-wide-war. The statistics of the unnamed confirmed sick, and deceased, are numbered as if they were the perpetrators, and communicated to all regularly.

The war against corona 19 is unprecedented in that

mankind has never experienced a pandemic to this extent before. It is not a war between human forces that kill each other but against an invisible virus. The form, penetration path, and attack direction of the enemy are always uncertain. A preemptive attack is not possible, so we build a defensive position called quarantine. The situation is always disadvantageous to humans. Humans are helpless in the face of attacks from 'viruses', which change weapons and mutate from time to time.

There is a saying that "if you want peace, prepare

for war." Humanity’s preparation for war led to the development of weapons. It was a belief that victory could only be achieved by creating an imbalance of power with weapons that maximized lethality.

The most destructive and most powerful weapon in the history of war so far is the nuclear bomb. So, what is the most powerful weapon to win the war against coronavirus? Countries around the world are now vying to develop a COVID-19 vaccine. If the vaccine is distributed, the war on Corona 19 will end.

Whenever a new infectious disease emerges, humans have developed vaccines. In 1928, the first antibiotic penicillin was developed that saved mankind from infectious diseases. However, super viruses resistant to any antibiotic continued to appear. It's as if they laugh at the arrogance of humans who regard science and technology as 'all-mighty'.

Why does the virus constantly threaten humans? To stop the war, we need to know what causes war. When humans destroyed the virus's habitat in the name of development, climate change occurred; viruses set out to find humans as hosts for survival. The war against Corona19 is a foolish war, initiated by human carelessness and immorality.

Professor Jared Diamond, the author of the best-selling Guns, Germs, and Steel, said, Corona 19 is spreading worldwide, but it is mild compared to the three problems that are slowly killing humanity. He cited climate change, resource depletion, and social inequality as the three major problems of humanity. It is the product of human greed and desire.

The history of war should stop with the war against

Corona 19. For the first time in human history, it is reminding everyone around the world of a "joint solution" through "joint consensus." No one can guarantee safety without a common response.

Pope Francis stressed that to achieve peace, on earth,

"The heavens and the heavens above the heavens, and the earth and all that is in them belong to the Lord your God" (Deut. 10:14).

temperately, and with concern for creation will prevent a greater war.