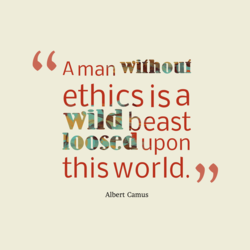 A human life ethicist scholar in the Diagnosis of Current Events' Column in the Catholic Peace Weekly gives us some thoughts to ponder.

Progress means to improve or increase to some degree or level; always considered good thanks to the nuances that come from the word. Pope Benedict XVI once said in an interview that from the concept of progress we attain both knowledge and power.

Tremendous knowledge has been accumulated in many areas— the mystery of the human body and nature. Knowledge gives birth to power. Knowledge has brought power, and it has been used in the name of progress with great indulgence. We have used power in ways that can destroy nature and humans. The result is revealed by the current corona 19 and the climate crisis.

Pope Benedict XVI points out that the present concept of progress, which combines knowledge and power, is fundamentally missing one perspective. It is the aspect of the 'good'. What is good? Where should knowledge lead to power? Should it just be used, or should we question the internal standards to measure what is good for humans and the world? If the ethical aspect is omitted and only the power through knowledge is cultivated, such progress will inevitably be destructive. Also, one thing to consider along with the concept of progress is the concept of freedom. Freedom is often understood as being able to do what you want, but freedom has its limits, and with all freedom comes responsibility. So, progress and freedom must be balanced with ethical reflection.

On December 23, 2020, the Ministry of Science and the Information and Communication Policy Institute set human-centered ethical standards to be pursued in the development of artificial intelligence. The highest value was to be an aid to Humanity. In other words, all artificial intelligence should be developed and utilized not only to be useful to humans, but also to preserve and cultivate without damaging human nature, and not to harm the human mind and body. Artificial intelligence is for humanity. It should be developed in a direction that contributes to a flourishing life, happiness of individuals and leads to positive changes in society.

In addition, artificial intelligence should contribute to resolving social inequality, used for a given purpose,   should be ethical, developed and utilized to ultimately contribute to the quality of life, and social well-being.

"Artificial Intelligence Ethics Standard" presents three basic principles and ten core requirements. However, this ethical standard is not a binding law or guideline but a moral and autonomous norm. It respects corporate autonomy, encourages the development of artificial intelligence technology, and forms an ethical discourse that can flexibly respond to technological and social changes.

Some questions are raised with the above standards. In other words, a fundamental reflection on whether our society and business ethics have the capacity to comply with this ethical standard and whether it has the maturity to do so. In addition, a sufficient review of the alternatives to this is insufficient. Setting ethical standards does not strengthen ethical competencies. Rather, the ethical standards of artificial intelligence can be effective through strengthening ethical competencies. Consequently, the government should also actively seek ways to cultivate ethical reflection.