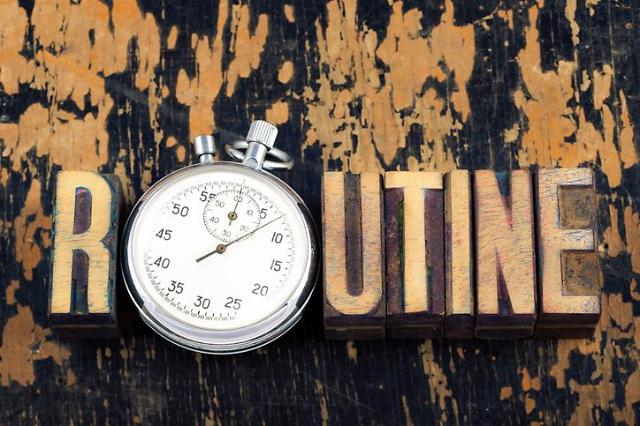 Due to Corona 19, the space in which we move is restricted to the room or house in which we live, spending a lot of time alone. Many try to manage and fill the time with meaningful activities. A pastor writing in the Eyes of the Believer column of the Catholic Times introduces us to the book Miracle Morning by Hal Elrod and his 6 step morning routine.

The steps are called Life S.A.V.E.R.S: Silence, Affirmation, Visualization, Exercise, Reading Writing. This is practiced repeatedly and regularly every day, ranging from studying foreign languages to small acts such as drinking 1 liter of water or folding blankets. These become the morning 'routine'.

"Routine"originally referred to habitual behavior of athletes to keep in shape, but recently it is continuous movements or actions repeated every day." Routines are habits, not boring, that allow control in the way one spends their time meaningfully for a better daily life since there is a sense of peace and achievement, in controlling your daily life.

Above all routines are becoming a means of revealing one's identity. It reveals what you like, what kind of daily life you try to keep, and what you consume, showing where you are different from others.

For example, people who are concerned with the environment use Eco bags and refuse to receive plastic bags or disposable containers. The act of

protecting and preserving the environment in everyday life when it becomes a routine, persons show their identity as an environmental guardians to save the groaning earth.

Another example, in the morning, many people read to cultivate knowledge for self-development. Some believers who wake up early in the morning read or transcribe the Bible every day, and spend time praying. These routines represent an identity as a believer.

Even in the Corona situation, believers who appear at the dawn Mass of the parish continue to do so because it has become routine for them.

Among the believers, he introduces an elderly person who is approaching his nineties. He has been coming out every morning to Mass for a long time and comes at least two hours in advance to make the way of the cross in the churchyard. It doesn't matter whether it snows or rains. For him, the routine is a joy. Maybe that's why he is so healthy and has a very good memory that everyone envies.

Having lived half his life as a businessman and poet, he now lives happily, dedicating the rest of his life to God. The priest will next year on his ninety birthday celebrate Mass for him. After all, isn't our daily routine what reveals our foremost self-identity and for a believer, the routine lived as "Child of God"? If the routine of faith life is  naturally practiced in our daily lives, we become missionaries who testify to God's word anytime, anywhere.