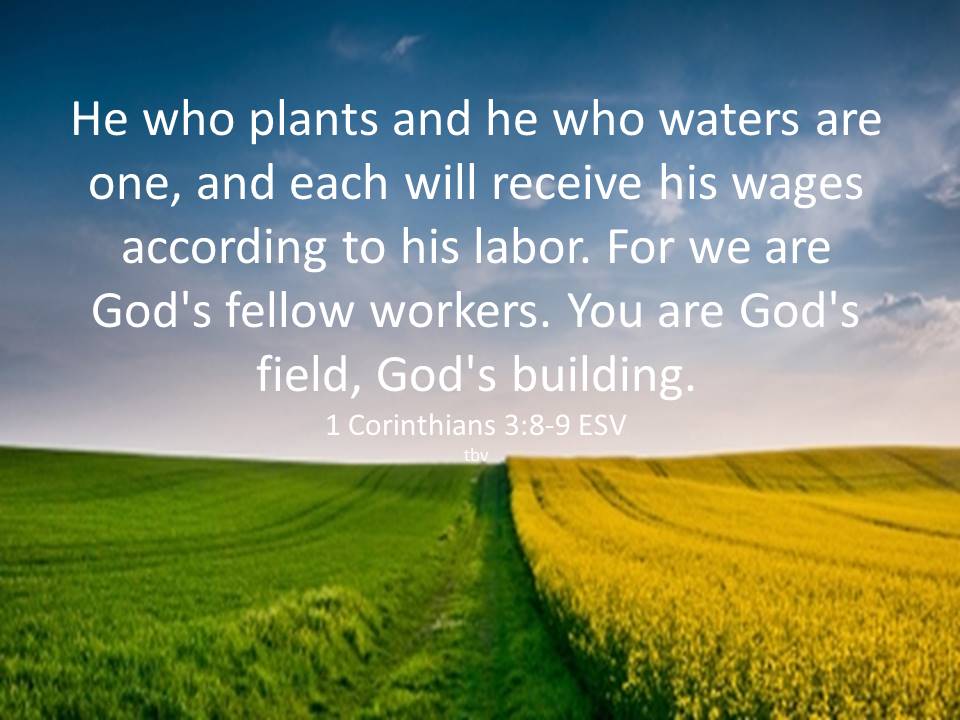 In a monthly bulletin, a priest recalls his stay at the Madonna House founded in Canada in northeastern Canada by Catherine Doherty who fled the Russian Revolution to the United States. While in the States she met Dorothy Day and joined the Catholic Peoples Movement. She moved to Canada and established a community by working on a farm in a quiet rural village.

At that time, there was no social awareness of environmental issues yet. But she said of the excessive use of fertilizers and pesticides that had been implemented: "Today, people treat the land as if it were a factory." She realized the land was dying, raising the question, "Are we eating chemicals or natural products?" Her observation came from her life as a child in Russia respecting the soil and regarding farming as a noble cause. From this, Catherine understood the "law of soil fertility," which she will employ the rest of her life: "you must put back what you take away."

In Russian, the farmer was called Krestianin, which simply means 'Christian'. This is right because the farmer's life contains all the skills he or she should have as a Christian.

A farmer is a person who takes care of God's creation on behalf of God, and thus a farmer is called a Christian because it shows that there is a way of evangelization in daily life utilizing the land. She realized that it was possible to proclaim the gospel through farming, which she considered an 'apostolate' and used it as the basis for community spirituality.

The writer was thrilled by her spiritual insight. Farming work for him was the right thing to do to save the environment and produce healthy food. But thanks to Catherine, farming was raised to another level. According to her, it was preaching the gospel and living the evangelical life, which Catherine considered being done nowhere better than farming in the country.

Jesus was not a farmer, but he was born in the country and lived most of his life in the country, and the gospel he proclaimed is full of metaphors taken from farming. He talked about vineyards, crops, kernels, seeds, plowing, and metaphors taken from nature, which farmers understood. The parables taken from farming and nature are much easier for farmers to understand than for urban people. Therefore, farming in the countryside preserves the creative order and helps us realize the words of Jesus more deeply, and assists in the apostolic duties of preaching the gospel.

These days, the agricultural community is active in discussing 'farm allowances, basic income for farmers'. Agriculture is a national industry, managing public goods such as nature, life, water, and air, so farmers should be treated as public officials, and the state should pay allowances for their roles. In fact, agriculture and rural communities are responsible for various public functions such as urbanization, beautiful scenery, flood prevention, water resource cultivation, soil conservation, biodiversity conservation, and food security.

If the status of farmers as quasi-public officials who contributed socially to the public good was granted, the status of farmers in the church should be recognized as hidden workers who make public contributions such as priests and religious. This year, two more priests joined us at the farm. When more priests show an interest in the land and farming, the integrity of the priesthood will be fuller.