The Meaning of Hardships 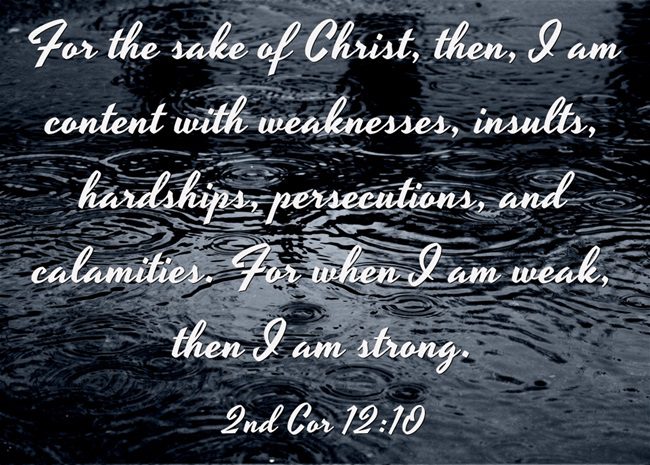 In the Catholic Peace Weekly column by a college professor, he gives us his meditation on the hardships in life and what they can mean for us.

The distribution of the Covid-19 vaccine has begun, but the words "life is difficult" we still hear frequently. This may be because so many are having economic difficulties that have continued for so long,  with the accompanying mental fatigue. It seems in recorded human history we have never experienced so many difficulties, by so many people at any one time. He wants to find a solution deductively through reason. Human beings have found new paths in every age.

The wisdom of the wise has always been a beacon light. Cicero, who lived in Caesar's time before Christ used the phrase: "Dum spiro spero" (I have hope as long as I am breathing). These words have comforted many people who have been in trouble for more than 2,000 years.

Dr. Schweitzer, the saint of Africa, is quoted as saying:
save us from the illusion that we have "pain alone." "Everyone has a painful moment," he said. In that  case, think that you are relieving the pain of others who are suffering more." Our Korean Poet said: "Birds build houses on the day when the wind blows the strongest," these words give us much to think about.

To find a solution, we have to face the difficulties head-on and investigate the issue. The solution is not far away. Words that express difficulties vary depending on the nuance. "Anguish" in the dictionary is "pain and distress in the body or mind." No pain  until they ate the fruit of good and evil. Humans were kicked out of the Garden of Eden and had to work hard, and that is "labor". In other words, pain is a tool to cleanse sins and a gateway to adulthood.

Jesus and Siddhartha had to go through many difficult situations as human beings. Passion refers specifically to the suffering Jesus received for the salvation of mankind. One is left with a strong impression that he accepted the difficulties without avoiding them.

Buddhists and Hindus, use the word "ascetic practices" more frequently. The purpose of asceticism is enlightenment and aims to control the body with its practices. This tradition goes back to the time of Plato based on the duality of body and mind. At that time, there was a widespread perception that by controlling the senses (body) you were clearing the mind. The belief that one can reach the Ideal realm, essences, by controlling the body and the senses as much as possible has become a belief for Westerners.

The pain caused by Corona 19 will be different in appearance for each person who confronts it. One may be terrified at the sight of death or maybe aiming for the opportune time to take a leap forward, to walk a new path. Aristotle's intuition that "you can't learn without pain" and Tolstoy's paradox that "the world has advanced further because of suffering" are useful to us today.

Even for trees, hardship is happiness. It's like a promise that changes one dignity. Grapevines produce great vintage wines in the year of a severe drought. This is because the roots need to go 40 to 50 meters deep to find water, raising nutrients and minerals. In the drought, the grapes have higher sugar content, and thus transformed into strong wines that can be stored for a long time. Coffee trees must also overcome the freezing cold every night at 2,000 meters above sea level before seeds can have a clean acidity and rich sweetness. This is the same reason why cabbage from the highlands for kimchi is considered premium.

He hopes the greeting "spiro spero" spreads as a common exercise. "I hope and hope you will do the same." Hardship is a reason for hope.