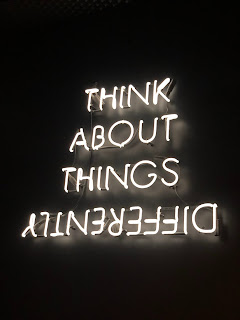 In the eyes of the believer column of the Catholic Times, a lawyer gives his opinion on how to pray.

Even on his way to work today, his mother in her nineties comes out to the front gate and doesn't take her eyes off the car until it turns on to the alley. She draws a small cross on her heart prays that her son keeps his health, and drinks less. In the old days, she would draw a bowl of water where the crocks of soy sauce were on the terrace to pray for her son

God must be having a hard time with all the requests: asking for health, success in the exams, fulfilling our desires, and take care of those bad guys—petitions made during the hundreds of thousands of years since Homo sapiens was created on this planet. Countless numbers of people have asked You for this and that, and if You don't listen properly, many blame the heavens for being indifferent? Even those who gave up their personal greed and only look to you: "Let me be a good person. "Please help me be a saint." They also are concerned only for themselves. Even though You gave yourself for us by dying on the cross.

Actually, it's hard for us. I need to distance myself from You to be an individual so that I can go about living in the way I am used to, competing with others in survival for life. We all have different thoughts and interests, so we can't help but fight with each other.

Nevertheless, you ask me to live in harmony with others going beyond my own thoughts and interests. This road, which I have entered to follow Jesus no matter how much I think about it, is an open path to suffering.

He read a book written by a scholar priest named Karl Rahner, who played an important role in the Second Vatican Council. It's a book called Introduction to the Christian Faith, and it was embarrassingly difficult. He bought it 20 years ago and left it in the corner of the bookshelf while reading the front part, but now he has read it. As the years go by, family members have died, and friends have passed away one by one. It's comforting to see that the understanding of the world seems to be increasing a little bit, even though the sad things are increasing one way or another. This is how he understood Father Rahner's words.

We are born as individuals and have clear limitations. We compete with other people and eat plants and animals to live and raise children to continue the line. But within this finite object is a transcendent personality that goes beyond the object to You. Father Rahner's German expression is 'Sichselbstgeben Sein', which translates directly into 'self facing self'. Animals such as apes and elephants are known to vaguely recognize themselves, but humans can objectify and reflect on themselves. Another 'me' who looks at oneself objectively. Buddhist monks enter into meditation, cut themselves off from the outside world, and search to find another 'me' looking at themselves, saying: "What is this?"

Animals that can't distinguish me from others, eat other animals by instinct and give birth to their offspring continuing their kind. There is no good and no evil here. But by looking at myself objectively, we can go beyond the 'I' without being bound by instinct, unlike animals. From this freedom comes responsibility, good and evil.

Transcendence to the eternal, through introspection, since we are the Image of God. Yes, we are trapped in our finite natures, but on the other hand, we look beyond this 'me' to the other: 'neighbor' and the "Eternal You".

Meister Eckhart told us not to pray for what to be, have, or for ourselves. But rather: "God, give me nothing but what You want and what You intend."