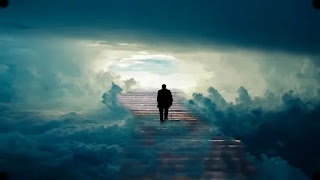 "I've lived like a fool." It's an old song that came out 30 years ago, but the writer of the Peace Column in the Catholic Peace Weekly has no problem making this his feeling even today. The lyrics speak to him strongly even now. When he sees himself lagging behind others, mistakes he wants to erase, he would love the opportunity to live those years again.

When real estate prices soared last year, people who bought a house stood out because they were "dancing". Many of those who believed what the government said and missed the opportunity have blamed themselves for being fools. The scandal that began from speculation on land with inside information continues and those involved are being peeled off one by one.The cleverness of those who took advantage of their position upset many who lived faithfully. In the eyes of some, they may have looked stupid. But persons who were involved in the scandal may also have regretted the past.

Many people walked their way, silently, without being swept away amid the speculative craze. Not a few people were in a "good place" and have lived in silence. Even before the recent land scandal, you heard some frustrating voices saying: "Why are we living like such fools?" They may have been bitter over the widening asset gap in society, but many of them were comforted in knowing they were doing what was right.

The empty words spoken by some politicians and candidates in the last by-election have left many with all kinds of doubt. They promised to do everything for votes. Blatant lies that can be said only by those who look down on the electorate as fools. Right now, he can hear some praise them for their good fortune, they achieved their purpose. But what will they do when troubles arise in the future that will be revealed? Have they ever thought about how their name would go down in history? "They claimed to be wise, but they became fools." (Romans 1,22)

Those who are keen on their immediate interests are fools who don't look like fools. They don't think of themselves as fools. People who look down on these fools look silly. Think of yourself as a fool and continue walking a fool's path.

Cardinal Kim Soo-hwan called himself a fool. The name of the foundation that continues his will is 'Sharing Fools'. The name alone enlightens us on our attitude in living. A fool often gives up what one has or allows it to be taken; turns their eyes from people's shrewd tricks hoping for a greater good.

How would you live in a world full of clever people? One becomes afraid to open their eyes for fear of what would happen. Perhaps it is because of those who foolishly abide by principles and do their job faithfully that our society has progressed to the level we have today. It is rather those who make efforts to escape from being seen as fools who come across as losers. Thank you for living like a fool.