Things Do Change With Hope 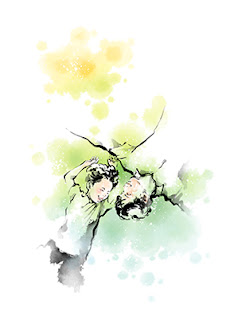 In the Catholic Times' Light of the World column, the priest examines the virtue of hope and its demands.

He often sees children arguing. They usually argue over trivial things, and that is the way they will grow up. We as adults go about fighting just as children, rather, adult fights are often more childish and disastrous. There are various causes and aspects; we talk about traditions, logic, and philosophy but the essence of the problem is a quarrel over the relationship between reality and one's interest. Like children, adults can't stand it when challenged or insulted.

Still, many conflicts between generations, classes, and regions in society were not helped by Corona 19: the downtrend in economy and employment, and a sense of crisis caused by population decline. There may be people who are not having a hard time but the public still considers employment difficulties, living difficulties, and social isolation of young people as major difficulties.

There are also conflicts of interest that exist within the young, but on the outside, they see the unfairness of society, disappointment with the older generation, and wrong-headed political forces and social atmosphere, which dismiss them as a generation without passion and recognize them as "one vote" without empathy and affection.

To solve problems beyond conflict and confrontation, to embrace different views, and pursue harmony, efforts and discourse to improve structured injustice and pursue fairness are urgent. Also, we need to be adults, rather than confrontation, to reflect on our responsibilities along with finding alternatives. We are now talking about the right kind of hope needed. The right hope should be responsible.  Hope sympathizes and helps, and makes someone desire to do something.

Adults should work hard for that right hope. Both adults and children can fight and argue, but wouldn't the weight of responsibility for society and neighbors be different? To do this, a wise role of an adult is needed. Ayako Sono of Japan suggests ways to grow old beautifully in "Kairo-roku" (a record of being wary of old age), one of which is giving up. We should never take the help that is given to us as something natural if it is to benefit the other. Through the great virtues of Christianity: "Humbling and emptying ourselves, giving, and laboring," we reflect deeper on what is required of us.

In the Compendium of the Social Gospel of the Church: "By his work and industriousness, man — who has a share in the divine art and wisdom — makes the creation, the cosmos already ordered by the Father, more beautiful. He summons the social and community energies that increase the common good, above all to the benefit of those who are neediest" (#266).

It's a place to change and heal society and share the spiritual and social legacy. Come to think of it, it's really hard to become an adult. But through such adults, children and the world will learn the path of love, joy, and trust, and above all, true hope will be obtained.

"Human society must primarily be considered something pertaining to the spiritual. Through it, in the bright light of truth men should share their knowledge, be able to exercise their rights and fulfill their obligations, be inspired to seek spiritual values, mutually derive genuine pleasure from beauty of whatever order it be, always be readily disposed to pass on to others the best of their own cultural heritage and eagerly strive to make their own the spiritual achievements of others" (#386).