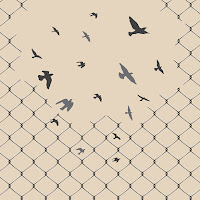 The upcoming 25th marks the 71st anniversary of the outbreak of the Korean War. A war that left numerous records in the history of world wars— records of pain and tragedy, but they must be remembered to protect the peace. So begins the Peace Column in the Catholic Peace Weekly.

The Korean War devastated the entire Korean Peninsula for three years and one month, claiming more than 4.5 million lives, including soldiers and civilians. The number of war orphans and separated families also exceeded 11 million. During the war, elementary school students are now over 80 years old and veterans are over 90 years old. Memories of war are fading and witnesses disappearing.

The Korean War left deep compassion for humanity, a great desire for freedom and peace more so than other wars.

Called the "Miracle of Christmas" in Hungnam North Korea was the withdrawal operation that rescued 200,000 soldiers and refugees from the enemy territory for 13 days from Dec. 12, 1950, to December 24, the day before Christmas. There were more than 200 battleships, cargo, and merchant ships that were deployed in the operation. In particular the 'SS Meredith Victory', dubbed the Miracle Ship: listed in the Guinness Book of World Records after rescuing 14,000 refugees.

Duration in concluding the armistice agreement for the Korean War was the longest in world history. It began in July 1951, was signed on July 27, 1953, two years later, after repeated suspensions and resumptions. The signatories to the agreement were U.N., North Korean, and Chinese representatives. The South Korean military was excluded. Both sides agreed to cease fighting. Under international law, the Korean War is still in progress. The armistice system has been maintained on the Korean Peninsula for 68 years, and the Military Armistice Commission has been monitoring the implementation of the agreement.

Even after the armistice agreement, the North's provocation continued numerous times. Civil aircraft abductions, armed infiltration, and assassination attempts were carried out. In particular, after 2010, the sinking of the South Korean warship Cheonan, the shelling of Yeonpyeong Island, and the development of nuclear weapons and long-range missiles filled the Korean Peninsula with fear and tension of war.

The lesson from the many wars of mankind is that 'all wars are unjustifiable and immoral'. In the end, there are no winners or losers in the war. This is because we cannot avoid the aftereffects of war, regardless of what side. War is a product of human greed and desire. Therefore, as long as greed and desire exist, it would be foolish to expect artillery to disappear from the planet.

In the 21st century, armed with nuclear weapons, a war that calls for the self-destruction of mankind is said to be impossible and only a limited conflict will be possible. "It is naive to assume that we cannot wage war," said historian Yuval Harari. "Even if war has catastrophic consequences for everyone, it does not prevent human stupidity," he said. "With humility in acknowledging weakness, we can prevent war only when the community's mutual relationship and public interests are secured before my interests."

What conditions would be needed for permanent peace to be established on the Korean Peninsula? With the end of the Korean War, the two Koreas and the world will sign a peace treaty together. So what kind of peace proposal should we make that North Korea would not 'reject' as West Germany was able to do in negotiations with East Germany? The answer has yet to be found. However, an international political scientist from the U.S., said, wouldn't peace quietly come when the two Koreas constantly remember the war and acknowledge and accept heterogeneity beyond each other's boundaries? Prayers and efforts for peace cannot have any restrictions or limitations.