Discerning Between Conscience and Greed 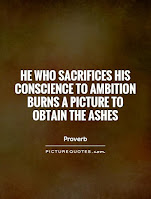 Fairness in the workplace is a serious issue that divides. The Catholic News, Light of the World column brings up some of the main ideas on the conflict.

Traditionally, one side puts weight on results, competition, and competence, the other side places emphasis on equality of distribution and care. The two have to balance and harmonize, but differences in positions and conflicts are inevitable. Is it because many people feel deprived, lost, and not happy in this harsh world? The debate over fairness is hostile and confrontational.

It began last year, with the transition to full-time jobs at Inchon Airport which spread the conflict. Many job seekers opposed the airport's transition to full-time jobs. Opinions of non-regular workers (temporary workers), who were treated unreasonably while working the same job were opposed to the airport authorities. There is constant controversy over the process not only in employment but also in areas such as entrance examination, admission, housing subscription, and tax payment. Furthermore, the loopholes in policy and the system, the neglect of the regime, and airport authorities make the reality worse.

Competition is inevitable in a society where we live together. But the writer doesn't think it should be all about competition. Care and concern for others must be activated and eventually, the two are forced to co-exist. The key is whether they function properly in our daily lives. Fair competition is impossible if inequality is flagrant. We need to make it a fair competition.

The same goes for caring. It's beautiful in itself, but when abused, its original purpose changes and harmful side effects occur. Both competition and care need morality and ethics. With the limited amount of resources in society, competition and care need to work properly in a healthy society. Care for someone weaker than myself should be the foundation of society. It's not that we don't know about this. However, the conflict grows because we can't take care of ourselves, let alone take care of someone in a difficult situation.

Justice is a value that accompanies the exercise of the corresponding cardinal moral virtues. According to its most classic formulation, it "consists in the constant and firm will to give to God and neighbor what is due" (#201 Catholic Social Doctrine). Despite this direction, it is very difficult to clearly adjust our interests to the reality we face. This is because the system and policies are limited, and everyone wants to enjoy a better and more comfortable style of living, and what we think is for our personal benefit.

Improving the system and policies is important to solve social conflicts and problems. Fair and effective policies must be implemented. But at the same time, changing the consciousness of the members of society is essential. Furthermore, we need to identify greed and try to eliminate it. In fact, the difficulty of fair debate lies more in the division and hostile antagonism resulting from differences of interest and position. There is also a reason for the current situation, which has nourished benefits and wealth and made us dependent on this lifestyle.

Clearly, in the pursuit of God and his kingdom, we need to stop the hostile arguments that are hidden in the debate about justice and fairness. He apologizes to the people who can't buy a home even when they worked hard for decades, the young people who can't find a job, the elderly who suffer from loneliness, and countless numbers of citizens who feel ignored. For these people, the state, society, religion, and neighbors should help them both materially and spiritually.

Nevertheless, the distinction between conscience and greed, the consideration for those who are in more difficult circumstances and life that aims to love and share is the kind of life we are being asked to live. People and society become healthy and peaceful when they pursue essential values rather than wealth or worldly greed.

"A society that wishes and intends to remain at the service of the human being at every level is a society that has the common good — the good of all people and of the whole person — as its primary goal. The human person cannot find fulfillment in himself, that is, apart from the fact that he exists 'with' others and 'for' others" (#165 Catholic Social Principles).