When Enough is Not Enough 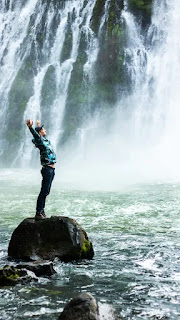 In the Catholic Peace Weekly a priest, spiritual psychologist, in his weekly column On Various Subjects treats the subject of "possession and use".

The human desire to possess seems boundless. A strange era to have a company that is selling land on the moon and Mars. The company, Lunar Embassy began on the say-so of one man, in 1980. More than 6 million have paid money for acreage on the moon and the planets.

They say they own the moon for fun, but they purchased land as an investment, preparing ahead for the age of space development.

Barry Bonds of the San Francisco Giants is a legendary U.S. baseball player who has set a single-season best of (73)home runs and a career-best of (762).

When he hit his 73rd home run ball in San Francisco in 2001 it was caught by Alex Popov with a glove but because the crowd rushed towards him the ball fell from his glove and fell into the hands of Patrick Hayashi. Popov was so upset that he filed a lawsuit claiming that he was the owner of the ball. As a result, it was admitted that he had caught the ball first for 0.6 seconds, so he earned half of the ownership. The pair decided to sell the ball and share their income, the home run ball was sold for $450,000 Popov had to pay legal fees, with a loss of about $240,000.

Watching the rise in apartment prices in Seoul day by day, he wonders about the extent of people's desire to possess land or material goods. The root of possessiveness is the desire for survival. To survive, humans must possess the goods they need. However, when this possession arises to satisfy a need other than survival, we may suffer from greed. Even though we know that the cause of suffering is desire, why can't we get rid of it? Is possession the only way to satisfy human desires?

When he goes for a walk in nature, he sometimes thinks: "Don't all these beautiful mountains, fields and valleys have owners? But what are they doing now?" The reason why this question comes to mind is dialog from a movie he watched a long time ago that impressed him and often comes to mind. The film features a scene in which a father, who is about to die, and his beloved daughter come out to the front yard of a hospital and have a conversation while looking out at the distant mountains.

"My dear daughter, I have been climbing that mountain every day, and I have lived my life with that mountain all my life. Now I have to say goodbye to the mountain I lived with."

"Yeah, that mountain must have owners. But how many times do you think they've been up and down that mountain in their lifetime? Perhaps they went there once or twice to see the location and shape of the mountain? After that, they may have lived with a satisfied expression for the rest of their lives, looking at the land documents they owned. But every day, I have lived by drinking the fresh air provided by the trees in the mountains and the freshwater of the valley. Nature received me unconditionally and healed me without any conditions when I entered the mountain after being hurt by people and the world. If it wasn't for that mountain, I probably wouldn't have lived this long. So who did the mountain really belong to? Wasn't I a happier person because of the mountain, feeling the benefits of nature with all my body, than those who owned that mountain only through documents?”

Wouldn't it be great if you could change the desire to possess into a heart that enjoys? Rather than buying moon land, would it not be better to feel the mysteries of the universe once more while admiring the soft moonlight. Rather than finding and purchasing the things of a player you like, you are able to enjoy the player's game to the fullest. Instead of buying a mountain would it not be better to make the body and mind healthy by hiking. It seems this is a time when we should be able to see the beauty of flowers without the desire to want to pluck the flowers and bring them home.