Why the LIfe and Death Struggle Against South Korea's Culture? 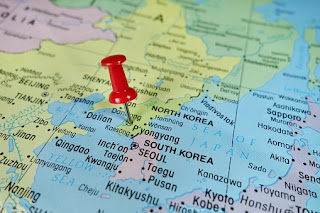 Recently, North Korea is amid an executive ideological revolution, with replacement and demotion of the ranks of high-ranking officials. So begins a column by a member of a 'think tank' on Asia Far East Issues in the Catholic Peace Weekly.

On the front page of a recent North Korean Labor Newspaper, a long editorial was published: "Let's further strengthen revolutionary discipline in the party." The editorial called for unity of ideas and strengthening the role of executives, emphasizing "unprecedentedly severe challenges and hardships" such as sanctions, prolonged corona 19, economic difficulties, and deepening citizens' hardships. In particular, they have been concerned with the weak loyalty of the so-called "Jangmadang generation" See Movie (https://www.nkmillennials.com). The editorial stressed the need for thought education for young executives.

The North Korean authorities have been isolated longer than ever before due to the coronavirus quarantine. In this situation, if the party officials, the basis of the system's maintenance, is weakened due to a generational shift, they could have foes on all sides.

In fact, it has long been the case that not only many party officials but also young people in North Korea are attracted to the pop culture of the South. North Korean authorities are working hard to crack down on the South Korean way of speaking, language, grooming, clothes, and behavior that have recently spread among the younger North Koreans.

The National Intelligence Service's recent report to the National Assembly for example mentions that hugs between men and women on the streets are banned as "enemies of the revolution," and even the way young people speak is controlled. You should not call your husband 'oppa' or boyfriend 'boyfriend' in the South Korean way. Also banned are expressions such as "disgraceful" and "glossy" that are commonly used by young people in South Korea. Chairman Kim Jong-un ordered major meetings such as the party's Central Committee and the party cell secretariat to launch the socialist war more aggressively, and authorities are cracking down on young people's clothes and South Korean accent.

"Reactionary Ideas Eradication Act," which calls for the death penalty for the distribution of South Korean films and TV dramas, and for viewers to be sentenced to up to 15 years in prison. North Korea has a life and death commitment to thought control wanting to focus everything on economic construction and stabilization of the lives of its people.

As North Korean media always say, "It is a time when we desperately need a strong revolutionary spirit that moves forward the revolution and unfolds a new era of homeland prosperity.

Like the previous generations, we need to create a new way from nothing and turning what is impossible into the possible." Ideas are a very important factor in the self-reliance of the North Korean regime. In a capitalist society, money determines everything, but in socialist North Korean society, ideas determine everything. Stressed over and over again the most powerful weapon in a socialistic society is thought.

Cardinal Pietro Parolin, the head of the Vatican's State Council, told National Assembly Speaker who visited the Vatican on the 9th that Pope Francis wanted to go to North Korea. However, after the failure of the second U.S.-North Korea summit in Hanoi, Vietnam in February 2019, Kim Jong-un's thoughts changed 180 degrees. Considering the recent movement of thought control, the outlook is not bright.